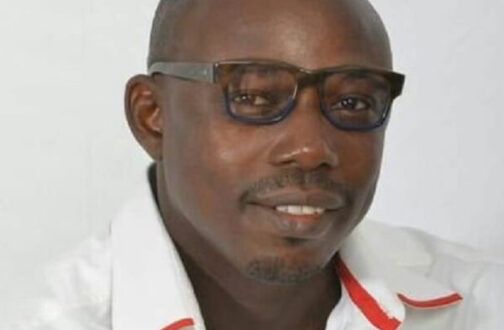 His arrest was announced by the Office of the Special Prosecutor in a press release.

The OSP in the release said that the suspect turned himself in today with his lawyers and was subsequently arrested.

Why has he been arrested?

The OSP in a notice on Friday, June 3, declared the communicator wanted.

Per the notice, Dela Coffie was charged with corruption and corruption-related offenses, and forgery of official document.

“The Office of the Special Prosecutor (OSP) has caused the issuance of a warrant of arrest for [Dela Coffie] whose pictorial representation appears below. [He] claims to be a manager of political communications.

“Charges; corruption and corruption-related offences, and forgery of official document,” the statement said.

Subsequently, the suspect responded to the Special Prosecutor for issuing a warrant of arrest for him.

At the time, he said the act by the OSP is reckless.

“However, let me state that the recklessness with which the Special Prosecutor will jump to issue an arrest warrant without any recourse to me as rules of engagement injunct his office to do, will be subjected to appropriate judicial review.”

“My lawyers have taken the matter up, and we will deal with the issues head-on.”