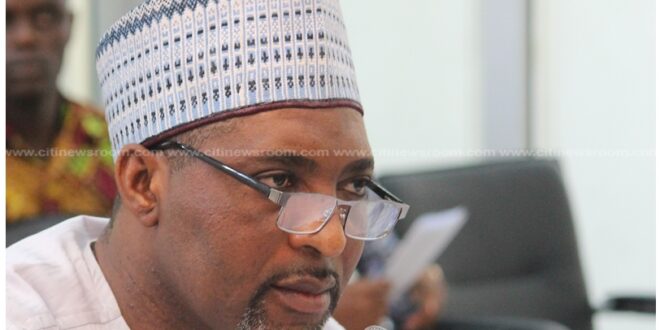 The Minority Chief Whip, Mubarak Muntaka, has justified his side’s decision to partake in approval of the 2022 budget estimates despite their unwavering position against the approved 2022 fiscal policy document.

“We are participating and holding their legs close to the fire to make sure they account for every pesewa that was approved in 2021,” he said in a Citi News interview.

“We do not want this thing to stand uncontested and exhaustive because when you allow it to stay, it becomes part of the rules of the House. A lot of the ministries are already sweating. If people can choose to spend GH¢32 million on conferences during COVID, they will have to provide details. Our bid is that we are holding government to account for his stewardship. We are saying that we will not allow you to waste our resources. If you want to do anything, use the right procedure,” Mr. Muntaka added.

The Minority has been against the 2022  budget over the proposed 1.75% electronic transaction levy, among others.

The Minority earlier rejected the 2022 budget, but that decision was overturned by the Majority side on December 1, 2021.

Several efforts by the Minority to have Parliament rescind the approval of the budget document have been unfruitful.

Minority Leader, Haruna Iddrisu has served notice of pursuing a motion he filed to get Parliament to reject the budget, but was unsuccessful, when the Speaker of Parliament, Alban Bagbin, returns from his medical trip.

Mr. Muntaka explained that, the Minority is taking such a decision because, when an issue occurs in the House “and it is allowed to stay [without a challenge], it becomes a precedent”.

The Minority Leader, Haruna Iddrisu, filed a motion to challenge the First Deputy Speaker’s ruling rejecting his earlier motion seeking to reverse the approval of the 2022 budget, which was done after a boycott of Minority MPs.

The Minority felt the reversal of the rejection of the budget by the First Deputy Speaker was informed by bias.

According to the Minority Leader, the December 1 ruling “contravenes the Rules, Conventions and Practices of the House and was actuated by bias.”

Parliament on December 1, 2021, approved the 2022 Budget Statement and Economic Policy of government in the absence of Minority MPs.