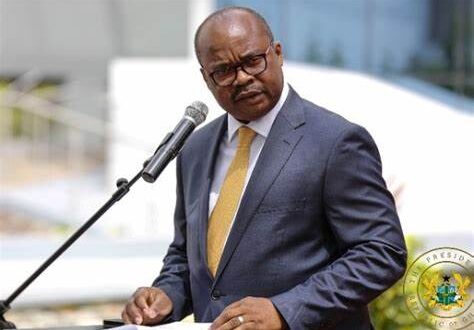 The Monetary Policy Committee of the Bank of Ghana has kept its Policy rate – the rate at which it lends to commercial banks – at 13.5%.

This is due to threats to growth and inflation.

Prior to this announcement, some research institutions including the Institute of Economic Affairs have projected an unchanged policy rate for at least the next two and half months.

Addressing the press, Governor of the Bank of Ghana, Dr. Ernest Addison, said it was necessary to keep the policy rate unchanged due to developments in both the local and global economies.

“The Committee noted that the recovery in global economic activity has continued, although unevenly spread across regions and countries. But, uncertainties regarding the continued spread of the Delta variant of the COVID-19 virus, variations in policy stimulus programmes, and low access to vaccines in emerging market and frontier economies may weaken near-term growth prospects.”

Again, “global inflationary pressures are expected to be strong in the near term. However, the factors driving headline inflation are judged to be temporary. The still sizeable spare capacity in the global economy and the slackness in labour market conditions would restrain wage growth and prevent a significant and sustained pick-up in underlying inflation. Inflation is expected to return to their target over the medium-term as the spare capacity is eroded”, Dr. Addison said.

On the domestic front, the Governor stated that the Committee was of the view that growth continues to recover from the impact of the pandemic as high frequency economic indicators point to continued recovery in economic activity, even though below pre-pandemic levels.

“Although consumer confidence picked up, weakening business sentiments, stemming from supply disruptions, is adversely impacting input costs, driving down short-term company prospects. While credit to the private sector saw a marginal pickup, the trends remain below expectations largely on account of pandemic-related risk aversion. The COVID-19 related macro-prudential measures, put in place by the Bank of Ghana, will be maintained for the time being to support full recovery in economic activity”, he stressed.

Though the banking sector balance sheet performance remains strong with sustained growth in total assets, investments and deposits, the MPC also took note of the fact that the trend of increased domestic financing of the deficit, driven by high-yielding government paper held largely by banks, was crowding out credit to the private sector.

Again, the Governor said “the latest data suggests that fiscal consolidation efforts appear to be on track, but with some inherent risks associated with wage settlements and energy sector payments, amid low revenue mobilization.”

But the Governor said a close monitoring of the inflation situation is however warranted to respond swiftly to prevent potential second round effects on headline inflation from the rising food inflation, adding, the Committee stands ready to respond appropriately as needed if this particular risk materialises.

“Given these considerations, and the fairly balanced risks to inflation and growth in the outlook, the Committee decided to keep the policy rate at 13.5%”, the Governor mentioned.

Money market interest rates continued on the downward path across the yield curve.

Similarly, the rate on the 364-day instrument decreased marginally to 16.2%, from 16.9% over the same comparative period.

Except for rates on the 15-year and 20-year bond which remained unchanged at 19.8% and 20.2%, respectively, rates on all other medium- to long-term instruments generally declined.

The weighted average inter-bank rate also declined to 12.6%, from 13.6%, largely reflecting improved liquidity conditions on the inter-bank market, which had transmitted to lending rates.

Consequently, average lending rates of banks declined marginally to 20.5% in August 2021, from 21.4% recorded in the same period of 2020, consistent with developments in the inter-bank market.