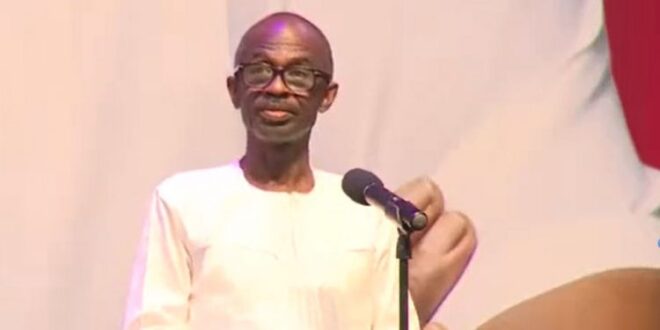 ‘Mahama said nothing alarming; ‘do or die’ is Queen’s Language’ – Asiedu Nketiah

The National Democratic Congress (NDC) says it is unfazed by criticisms of the ‘do or die’ comment made by its 2020 presidential candidate, John Dramani Mahama.

It says, despite the huge pressure on the former president to retract his comment, the remark according to the party was without malice.

There has been widespread controversy following the pronouncement by John Mahama after he said that the NDC will be more vigilant during the 2024 general elections.

Mr. Mahama subsequently justified the comment, explaining that it is an idiomatic expression, hence he will not retract or apologize.

The NDC chief scribe said Mr. Mahama was emphasizing the need for party folks to give off their utmost in protecting the party’s interest in the elections to come.

“What has Mahama done wrong? I think people want to disrupt us from the good things we are doing. When we say ‘do or die’ assignment, it means you must use all your energies to do something, I don’t see how this is problematic unless for those who do not understand or fail to understand the obvious. He was communicating in English language. And in the English language, there are idiomatic expressions. Whoever does not understand it, may look it up in the dictionary. It is the Queen’s language.”

Arguing more in favour of the party’s leader, Asiedu Nketiah was also of the view that the comment many have described as inflammatory is just being blown out of proportion.

“We don’t think this should be something people should be worried about at all. So if no one is interested in destroying the results,  why should that statement scare anybody? I don’t see why people should make a fuss about this thing at all. I am so surprised about this hypocrisy. People are trying to make mountain out of a molehill.  If someone has issues with this, he should go and blame his English teacher, he should not be worrying us”, he added.

Mahama explained that the comment was meant to be a piece of advice to members of his party to urge them to sit up and not wait to be cheated at the polling stations before running to the Supreme Court to litigate election results.

However, his critics believe the statement is in bad taste and demanded a retraction.

“The 2020 elections were rigged for the NPP. We have however accepted the ruling of the Supreme Court for the sake of peace. However, come 2024, the NDC will be extra vigilant at the polling stations because that is where the elections are won.”