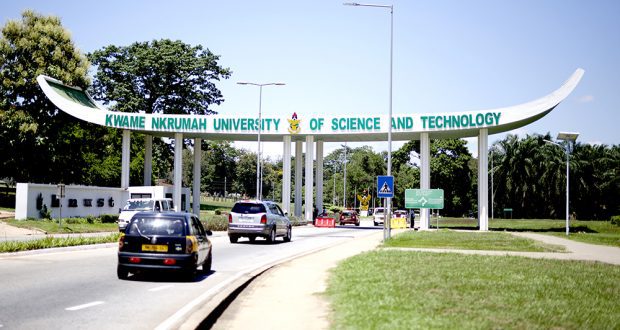 The Ashanti Regional Coordinating Council has directed students of the Kwame Nkrumah University of Science and Technology (KNUST), with the exception of foreign students and those granted permission by management, to vacate the school premises by midday on Friday, September 17, 2021.

According to the Security Council, it has picked up intelligence that some groups of unruly students are planning some disturbances on campus on the eve of vacation hence the directive.

A statement signed by the Ashanti Regional Minister, Simon Osei-Mensah noted that security personnel will be visibly stationed on the University Campus to ensure peace and security and prevent any unruly behaviour by any group of students.

It reminded the student body that the declaration of the University Campus as a security zone in November 2018, is still in force, and therefore, it is an offence to embark on a demonstration exercise within the security zone.

The Regional Security Council advised students to concentrate on their studies and complete their programmes without any distractions.

“However, if students decide to misbehave and engage in acts of indiscipline and criminality, they will be handled in accordance with the law. Any student who flouts the law, with offence bordering on criminality, will have criminal investigation opened against him or her and prosecuted before a court of competent jurisdiction.”

“Acts of indiscipline and vandalism will no longer be tolerated at the Kwame Nkrumah University of Science and Technology,” it warned.

The Regional Minister further urged parents and guardians to caution their wards against getting involved in dastardly acts.

In recent times, there have been several reports of indiscipline amongst students of the Kwame Nkrumah University of Science and Technology.

Major amongst these acts of indiscipline is the existing and unhealthy rivalry between the University Hall and Unity Hall, which lead to acts of vandalism.

One of such is the incident that occurred at the KNUST Great Hall on July 3, 2021.