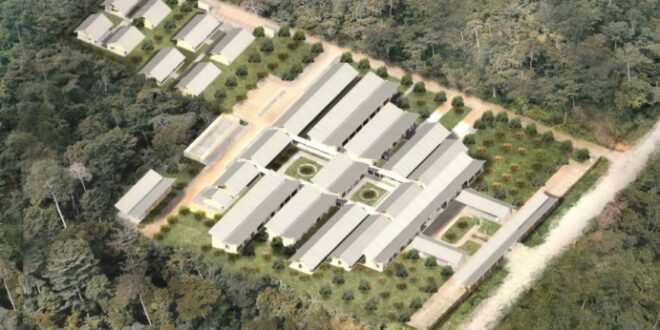 The Health Minister says it is too early to cast doubts on the timelines for the completion of government’s Agenda 111 projects.

Kwaku Agyeman Manu said there are challenges with the project so far due to the unavailability of lands in some districts.

According to him, there are litigations in some areas where the DCEs have donated lands and the people are asking for compensation for same.

He reiterated that construction works have commenced in some districts, however, in some regional capitals, acquiring land for construction has become a problem toll that will take time to be addressed.

Due to the above-mentioned challenges faced by government, Mr Agyeman Manu said there has been the need to have the initial designs for the structures changed.

“We still have challenges [with the Agenda 111 projects], especially in the big cities. We are changing the infrastructure designs. Even in the communities and the districts, there are litigations in some areas where the DCEs have donated lands and people are asking for compensation.”

“At the appropriate time, we will see how best we are moving along with this. It is too early to predict whether we will finish or not, but optimistically that is what we want to do, and we will try to push ourselves. We will be able to do a proper assessment by the end of the year.”

The Health Minister said this while taking delivery of supplies from the Italian government in Accra on Thursday, May 5.

The latest comment by the Minister contrasts with President Nana Akufo-Addo’s desire to complete the project before leaving office on January 7, 2025.

Delivering his 28th update on measures taken by government to curb the Covid-19 spread, the President declared that the ambitious healthcare infrastructure project would be completed by January 2025.

“Work is currently underway, and before the end of my tenure of office on 7th January 2025, all 111 hospitals would have been commissioned,” he said.

Hospitals in Kumasi and Tamale, a redeveloped Accra Psychiatric Hospital.

The project is to ensure that Ghanaians nationwide have access to quality healthcare services and with the National Health Insurance Scheme, boost the provision of healthcare infrastructure and financial accessibility to healthcare.

The President has also hinted that 34,300 health workers will be employed under the Agenda 111 initiative when the projects are completed.