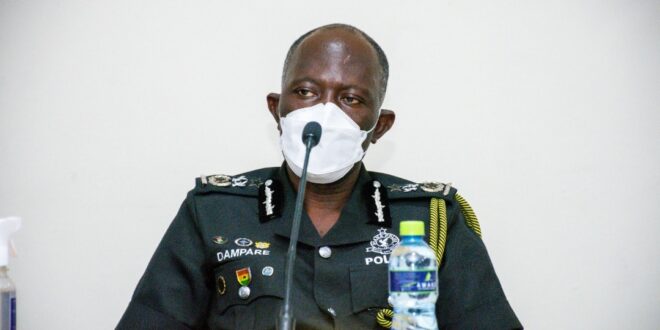 The Inspector General of Police (IGP), Dr George Akuffo Dampare has initiated a move to help ensure that human dignity is preserved in police cells.

As part of his usual rounds to police stations, the IGP said the police administration has noticed a “systemic issue and we want to address it.”

He has therefore urged police officers to move away from the “old police mentality of defensiveness” and admit that many police cells are congested and people are “breathless” in there.

He said there ought not to be congestion in police cells so that suspects in there will suffocate.

“What we want to say is that irrespective of whoever is involved, he is a suspect, he can be a criminal, he can be a convict, the humanity of that person is like ours and we cannot take the dignity of it out. We have to be very humanistic, because it can happen to anyone of us.”

“We need to push the agenda of ensuring that this cell transformation also takes place,” the IGP said.