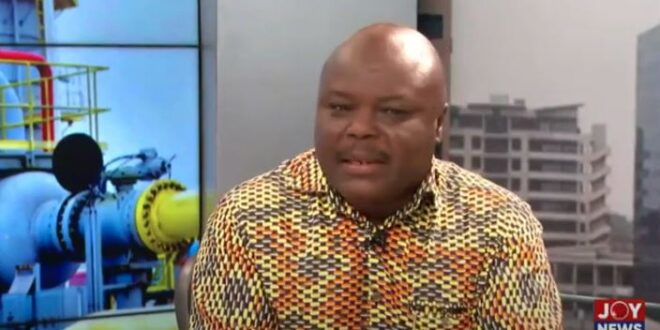 ‘I am a lover of fat salaries ‘ – Minister for Public Enterprises

Minister for Public Enterprises, Joseph Cudjoe, has said that he is an advocate of fat salaries for public sector workers who perform.

At a press briefing in Accra on Wednesday, Joseph Cudjoe explained, however, that payment of fat salaries becomes an issue when the worker fails to perform his or her duties.

The minister justified his position by indicating that what makes a country wealthy, “is for people to be paid good salaries”.

He added, “when people get good salaries, it is when they can cater for their needs and also save in the financial system then deposits build up in the financial system. [You] give loans to businesses and individuals who need them. So if someone is taking a good salary, the issue is always whether the person is giving an output that reflects the salary, that is all.”

The minister also dispelled suggestions for the sacking of non-performing CEOs of state-owned enterprises stressing the fault may not be entirely theirs.

“Their reporting of profits depends on us, not the managers, because the manager might be technically competent, professionally savvy and everything, but right pricing or wrong pricing is what would determine their profitability,” he stated.

Meanwhile, the Finance Ministry has revealed that state-owned enterprises reported a GH¢5.3 billion loss in their operations in the 2020 fiscal year.

It added that some SOEs have been reluctant to submit annual accounts since 2017.

To fix the poor state of some of the entities, the Finance Ministry is warning it will no longer support requests for assistance by SOEs that fail to meet the reporting requirements specified in the Public Financial Act.

Deputy Finance Minister, Dr. John Kumah, announced this at a forum held by the State Interest and Governance Authority (SIGA) in Accra on Friday, January 28, 2022.