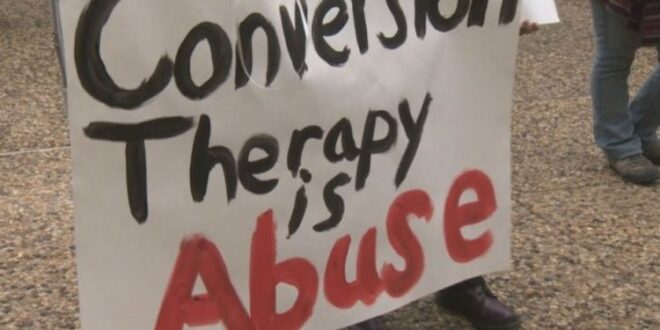 The Human Rights Coalition has raised a red flag over plans for conversion therapy for queer people in Ghana.

In a statement, the coalition said it had gotten wind of events in this regard that had taken place in Accra.

The coalition said the conversion therapy was being pushed by advocates for the Promotion of Proper Human Sexual Rights and Ghanaian Family Values Bill.

It described conversion therapy as “medically discredited” and urged healthcare practitioners to avoid workshops around the issue.

The coalition stressed that “there is no medically-recognized and scientifically-proven procedure” for changing one’s sexual orientation.

“The Coalition equally calls on the leadership of Parliament and the Parliamentary Select Committee on Constitutional, Legal, and Parliamentary Affairs to caution the proponents of the Bill and their allies not to preemptively act on the bill which is still under consideration,” the statement added.

It is an attempt to change someone’s sexual orientation or gender identity.

A Bill submitted to Parliament in 2021 aims to make it a crime to be gay, bisexual or transgender, or to advocate for LGBTQ+ rights.

Individuals of the same sex who engage in sexual intercourse are to be fined between 50 and 5,000 penalty units or face a jail term of between 3 years and 5 years, or both.

While a draft anti-LGBTQ law does not explicitly mention conversion therapy, it says persons accused of being LGBTQ will be granted access to medical assistance if they make such a request during the period of their incarceration.

Find below the full statement

The Human Rights Coalition has noticed with great concern a series of events being undertaken across the country by advocates for the Promotion of Proper Human Sexual Rights and Ghanaian Family Values Bill, 2021 (‘Anti-Gay bill’), with the support of a group of mental health practitioners, ostensibly to provide what the group describes as ‘treatment, care, and support for persons with sexual orientation and gender identity disorder’, targeting members of the LGBTQ+ community. A number of these events reportedly took place from the 25th to 26th of May 2022, at GRNMA Hostel, Zoti near Korle Bu, Accra.

A proposition in the bill before Parliament mentioned therapy without specific indication of the type or kind but, curiously, amongst the so-called ‘treatment’ being propagated at these events at which some healthcare practitioners are allegedly being trained is ‘conversion therapy’.

This pseudoscientific practice, perceived to have the ability to alter one’s gender or sexual orientation from homosexual or bisexual to heterosexual, has been denounced by over 50 medical associations, locally and internationally. It has also been described as dangerous and harmful, given its adverse effects on the emotional and mental well-being of persons who undergo it. Persons who undergo this so-called therapy have been proven to suffer from depression, anxiety, drug use, and suicidal tendencies. Despite credible scientific evidence against this practice, some medical practitioners, unfortunately, continue to offer and conduct conversion therapy in some parts of the world. Vulnerable persons, particularly minors, have fallen victim to this practice.

Accordingly, the Human Rights Coalition unreservedly condemns attempts by proponents of the anti-gay bill and their supporters to introduce, propagate and allegedly train some ill-informed healthcare practitioners on the use of this medically discredited ‘therapy’ to ‘treat’ members of the LGBTQ+ community.

The Coalition equally regrets and condemns attempts by the above-mentioned group to classify homosexuality as a ‘disorder’ for which treatment ought to be sought. Any such classification is unscientific and goes to entrench the deep-seated and widespread discrimination to which members of the LGBTQ+ community are already subjected, as evident in some parts of the country where recent attacks on LGBTQ+ persons and their allies have occurred and been captured on social media.

The Coalition wishes to draw the attention of the Ministry of Health, the Ghana Health Service (GHS), and the Ghana Medical Association (GMA) designated with oversight responsibility for public health policy, to these worrisome events and urges these institutions to take steps to stop the above-mentioned group or any other group of persons who purport to propagate, train healthcare professionals, and/or conduct ‘conversion therapy’ in Ghana.

The Coalition also urges healthcare professionals and the general public to refrain from participating in any training workshop or indulging in any treatment or therapy, howsoever described, aimed at altering one’s gender or sexual orientation, as there is no medically-recognized and scientifically-proven procedure for doing so.

The Coalition equally calls on the leadership of Parliament and the Parliamentary Select Committee on Constitutional, Legal, and Parliamentary Affairs to caution the proponents of the Bill and their allies not to preemptively act on the bill which is still under consideration.