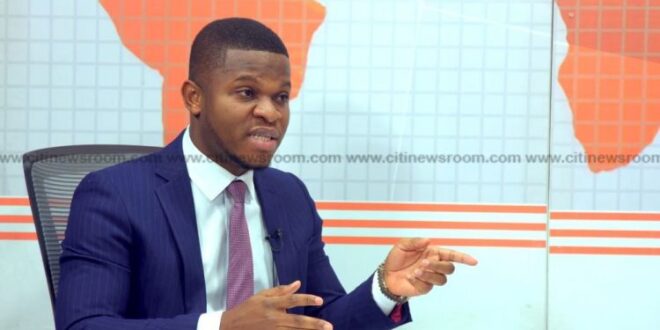 The Communications Officer of the National Democratic Congress (NDC), Sammy Gyamfi says the Akufo-Addo government’s poor handling of the economy is the cause of the country’s negative ratings by international rating agencies.

According to him, the government’s large borrowing and spending on consumption-driven items are sinking the economy and that must be stopped.

Reacting to the downgrade of Ghana’s economy by international rating agencies — Fitch and Moody’s– Sammy Gyamfi said “This situation has been largely occasioned by the reckless spending of the Akufo-Addo/Bawumia government, which reckless spending reached its climax in 2020 and has now inescapably plunged the country into an unprecedented budget deficit. This coupled with the government’s penchant for reckless and unprecedented borrowings which have been largely wasted on consumption-driven activities of this government have plunged the nation into an unsustainable debt hole.”

Fitch, in January 2022 downgraded Ghana’s economy from B to B- with a negative outlook.

Moody’s also downgraded Ghana’s economy from B3 with a negative outlook to Caa1 with a stable outlook.

The new ratings, they say, reflect Ghana’s challenges in fixing its liquidity and debt challenges.

With limited access to the international financial market, Ghana is turning to domestic revenue mobilization to rescue the situation.

The government is vigorously attempting to push through the 1.75% electronic financial transaction levy (E-levy) that it says will rake in about $1 billion annually.

Some analysts have proposed seeking an IMF bailout as a better alternative amidst wide public disapproval for the E-levy, but the government has indicated on different platforms that it does not want to seek assistance from the IMF.

But according to Sammy Gyamfi, rather than pushing through E-levy, the government must cut down on its expenditure and plug loopholes in the public sector, such as corruption and financial irregularities, and reduce the tax exemptions granted to some establishments.

ON THE MATTER OF GHANA’S DOWNGRADE BY FITCH AND MOODY’S:

The B- and Caa1 rating of Ghana’s economy by Fitch and Moody’s respectively is our worst-ever rating by these internationally reputable agencies. What these downgrades simply mean is that:

1. Ghana’s economy has virtually collapsed. Investor confidence in Ghana’s ability to meet its debt obligations is at an all-time low. What this effectively means is that the country’s credit rating is very poor and highly risky. In other words, the investor community believes that our ability as a country to stabilize and service our debt is very very weak.

2. So bad and precarious is our economic situation that Ghana has lost access to the international capital (eurobond) markets. Hence, the country’s significant reliance on very costly short-term domestic borrowing, which is increasingly leading to the crowding out of the private sector. Even worse is the fact that Ghana defaulted on its loan repayments in 2020 and 2021 ($1,035,867 and $744,048 respectively).

3. This situation has been largely occasioned by the reckless spending of the Akufo-Addo/Bawumia government, which reckless spending reached its climax in 2020 and has now inescapably plunged the country into an unprecedented budget deficit. This coupled with the government’s penchant for reckless and unprecedented borrowings which have been largely wasted on consumption-driven activities of this government have plunged the nation into an unsustainable debt hole. Currently, Ghana’s debt to GDP ratio is at an all-time high of 83% according to Fitch (i.e including energy sector debt), with interest payments of about 50% of total revenue. This current situation is worse than the country’s economic position when we joined the HIPC program sometime in the year 2001.

4. In short, Ghana’s economy has been collapsed by Alhaji Bawumia and President Akufo-Addo. We are now in the junk category of nations. We no longer have money for developmental projects. Moody’s projects that Ghana’s government debt ratios will continue to deteriorate in the next few years with extremely weak debt affordability significantly constraining policymaking. We are in a situation where we must continue to borrow at very high interest rates to meet our basic needs. This is going to escalate the level of hardships and suffering in the country for all Ghanaians.

5. The solution to the economic crises on our hands doesn’t lie in the E-levy but rather:

* Cutting down on government’s expenditure which has been mainly consumption-related. For example, the rental of hyper-expensive luxurious jets by President Akufo-Addo must cease forthwith.

* Plugging the holes in the public sector and significantly reducing financial irregularities, leakages, waste and corruption.

* Reviewing and significantly reducing tax exemptions, among others.

In all this, the head of the economic management team, Alhaji Bawumia has gone mute and is no where to be found. The chickens have come home to roost. It is time for reality check.