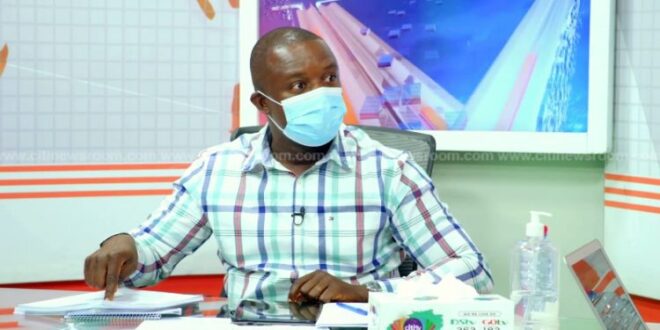 The National Democratic Congress, NDC, Member of Parliament for Yapei-Kusawgu, John Jinapor, has said the government deserves no commendation for not asking for additional money during the mid-year budget review.

Mr. Jinapor insisted that government should have used the opportunity to scrap some of the new taxes introduced earlier in the year.

According to him, that was the only way the government could have shown sympathy to the suffering Ghanaian.

Although Ghanaians were expecting the Finance Minister, Ken Ofori-Atta, to request more money for the government to spend for the remaining months of 2021 as has been the norm, he did no such thing when he presented the mid-year budget review on Thursday, July 29, 2021.

He told Parliament that government will not spend beyond the GHS129 billion that was approved for it earlier in 2021.

“I am not here to ask for more money. I have not come to ask for more taxes. I have come to update the House on the performance of the economy for the first half-year of 2021, and our plans for the unexpired term of the year, consistent with section 28 of the PFM Act,” he said.

After the budget review, some analysts were enthused that government did not request for more money.

But the Yapei-Kusawgu legislator does not see the relevance of such commendation.

“Tell me one single relief that the Minister mentioned in this budget? He has already introduced nine taxes this year in the main budget, to the extent that they are even taxing LPG. So rather we should have been expecting that in the mid-year review, the minister will come with something that will cushion the Ghanaian after imposing all these plethora of taxes, but he comes here to say no, I still want you [Ghanaians] to suffer. I am maintaining the taxes. Where is the clap for him? For doing what?”

He made these comments in a Citi News interview.

Government drinking from an empty calabash, debt forgiveness our only hope

On the same issue, the Minority Leader, Haruna Iddrisu, also suggested that the Akufo-Addo administration is banking on debt forgiveness.

As the government deals with a debt stock of GHS332 billion, he said he was “very confident that the minister’s hope and the hope of the president now is debt relief and debt forgiveness.”

Mr. Iddrisu, who was not impressed by the government’s decision not to request more funds, described the state coffers as an empty calabash.

“You don’t drink water from an empty calabash, so we can understand why he is not here to ask for money,” the Minority Leader noted.