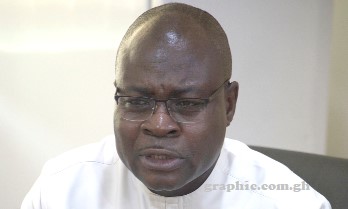 The law also seeks to amend and consolidate laws relating to standards, conformity assessment and metrology (the art of measurements), as well as provide for related matters.

The bill was passed into law yesterday after it had gone through the third reading on the floor of Parliament.

The motion was moved by the Deputy Minister of Trade and Industry, Michael Okyere Baafi, who is the Member of Parliament (MP) for New Juaben South, on behalf of the sector Minister, Alan Kyerematen.

It was seconded by the Ranking Member of the Committee on Trade, Industry and Tourism, Emmanuel Armah-Kofi Buah, the MP for Ellembelle.

After the motion had been moved, the Second Deputy Speaker of Parliament, Andrew Amoako Asiamah, who presided on behalf of the Speaker, Alban Bagbin, took a voice vote for the passage of the bill into law by Parliament.

Titled: The Ghana Standards Authority Act, 2022, the act establishes the GSA as the authority responsible for the establishment and promulgation of standards, enforcement of conformity assessment programmes and regulation activities in respect of weights and measurements in the country.

It further seeks to revise the law relating to standardisation, conformity assessment and metrology, as well as consolidate all laws relating to those areas.

The GSA Act is also to establish the GSA as a corporate body for the performance of the functions of an authority under the act.

The objective of the law

That, he said, would empower the GSA to undertake its duties effectively in the areas of conformity assessment and metrology and ensure that standards were adhered to in the country.

He described it as a very good law that would enhance the capacity of the GSA and broaden its horizon to enable it to deliver on its mandate.

The Deputy Majority Leader and MP for Effutu, Alexander Afenyo-Markin, in his comments after the bill had been passed into law, thanked the Parliamentary Committee on Trade and Industry for the urgency it attached to the bill and the technical committee for a good job done and expressed the hope that the law would go a long way to help the economy.

The Director-General of the GSA, Professor Alex Dodoo, also told the Daily Graphic in an interview yesterday that the passage of the bill had given the authority a new identity that would manifest in its operations, moving forward.

He said the law, when assented to by the President, would equip the GSA to carry out its constitutional mandate, which included consumer protection and facilitating business growth.

“I am very happy to be leading the wind of change for the GSA and Ghana as a whole. A new GSA is born and we look forward to creating jobs by offering the needed services, including testing, to put Ghanaian industry among the most competitive quality-conscious manufacturers in the world,” Prof. Dodoo said.

Currently, the GSA is the national standards body and the conformity assessment body for all goods and services manufactured or produced in the country which are not regulated by specific entities appointed by law.

It also administers standards for both imports and exports.

In addition to these, the GSA is appointed as the administrator of weights and measurements.