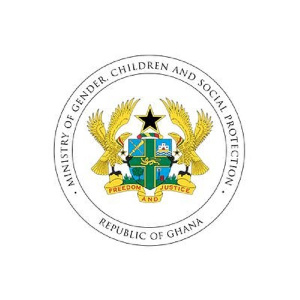 The Ministry has urged members of the public to be on the lookout for unscrupulous individuals.

The Ministry of Gender, Children and Social Protection has said it is hopeful justice will be served in the case involving a Junior High School teacher alleged to have sexually abused 19 students.
Nantomah Otabel Musah, a teacher at the Kulpi Junior High School in the East Gonja Municipality of the Savannah Region was arrested on Monday, September 27, 2021, after it emerged that he sexually abused 19boys in the school.
The Gender Ministry in a release by its Public Affairs Directorate while welcoming news of the arrest of Mr Otabel described his actions as cruel and barbaric.

“The Ministry of Gender, Children and Social Protection has taken with great concern media reports of a Social
10/12/2021 Gender Ministry condemns ‘barbaric’ sodomising of 19 schoolboys by teacher.

“The Ministry on behalf of the good people of Ghana strongly condemns this cruel act of the teacher named Nantomah Musah Otabel. This barbaric act must not continue in this 21″ century where we are all aiming at eliminating sexual abuse and domestic violence in the country,” the Ministry said.

While commending the affected victims for coming forward, the Ministry highlighted some measures it has put in place to sensitise society and help victims of such abuses.

“We commend the boldness of all affected boys in reporting the alleged abuse. It is however good to note that the perpetrator has been charged and remanded for defiling and having unnatural carnal knowledge of the pupils.

“We, as a Ministry tasked with the promotion and protection of children, has instituted Community Dialogues series on issues of Sexual Abuse, Domestic Violence, Human Trafficking and other related issues in the country. Its essence is to educate and increase awareness on the prevention and implications of Sexual Abuse and its related issues as well as the need to report such cases to appropriate authorities.

“As a Ministry, we are liaising with the Guidance and Counselling Unit of the Ghana Education Service, the District Social Welfare Offices and the Ghana Police Service to provide counselling services to the affected pupils during all the processes,” the statement said.

The Ministry while praying for justice in the case urged the public to reach out to them on such matters. The Gender Ministry also entreated citizens to be vigilant and be on the lookout for unscrupulous individuals engaged in such criminal activities.

“Since the Police have taken over the issue, we pray that justice is served to deter others from perpetuating this act in the near future.

“The General Public can reach the Ministry’s Helpline of Hope Call Centre on its toll-free number on 0800-800-800 or 0800-900-900 for complaints and enquiries. Also, issues of sexual and gender-based violence can be reported to the Domestic Violence Call Centre via toll-free number 0800-111-222

“Finally, we entreat all citizens to be vigilant and continue to report unscrupulous individuals engaged in this unlawful act,” the statement concluded.