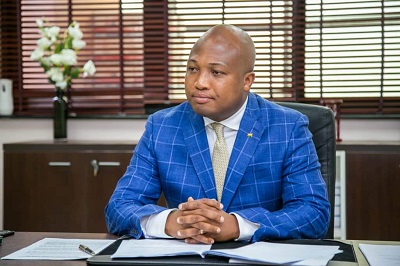 The Minority in Parliament has called for the Finance Minister to appear before the House to answer questions on the release of GHC25 million to the National Cathedral Secretariat as additional seed money for the project.

According to the Minority spokesperson on Foreign Affairs, Samuel Okudzeto Ablakwa, they have sighted a letter signed by Mr. Ken Ofori-Atta in which the release of the amount had been stated as “additional seed money” for the National Cathedral project.

The letter dated March 31, is addressed to the Controller and Accountant General.

Mr. Ablakwa said the letter comes as a surprise to them, especially since there was no allocation of money to the cathedral in the 2022 budget.

Addressing the media, the North Tongu MP stated that, “MPs have not approved all of these colossal sums of money that are being released to companies we are seeing for the first time. We are not even aware of the procurement processes that were followed for these companies and these consultants who are today receiving hundreds of millions of Ghana cedis.”

He stated that this letter exposes the government’s “lack of sincerity, duplicity and the deception” especially since the President has said on numerous occasions made it clear the National Cathedral project was a personal pledge.”

“So we are building a national cathedral which should be a symbol of holiness and everything pure, everything clean and see how it is shrouded in such shadiness and clear blatant corruption,” he said.

He stated that it is important for the Finance Minister to provide answers on how much of the taxpayers’ money has been used to support the building of the National Cathedral.

However, the Minority says that the country has pressing challenges that need to be addressed and put above the cathedral on the scale of priorities.

Among other things, Mr. Ablakwa stated that NABCO trainees have not been paid for months, NSS personnel are owed money, school feeding caterers have not been paid, NHIS is owed and for three years government has failed to provide textbooks for basic schools.

“The President himself has admitted that we are facing an economic crisis of our lifetime as we speak. So if you have all of these challenges and obligations that you are not able to meet and you are asking everybody to bear with you that there is no money.”

“How is it that you are releasing these staggering amounts of money to companies that have not gone through due process so far as procurement laws are concerned? You don’t have approval from this House to engage in the kind of expenditure that you are engaged in.”

Mr. Ablakwa stated that they are calling on the Finance Minister to also provide answers to how much of the taxpayer funds have been used to pay Adjaye Associates and other consultants working on the project.

Also, he said the Minority is asking the Minister to answer questions relating to the procurement processes, especially on what procurement methods were used.

“This is because we have done our checks and we are not convinced that the procurement laws have been complied with,” he added.