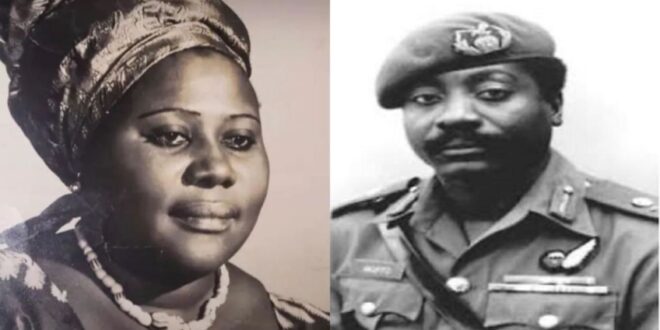 Emily Akuffo, known widely as Ceci Amodraa passed on at the age of 88.

This was a day after the death of former Second Lady, Ramatu Aliu Mahama, who was buried on Saturday at Kalpohin in the Northern Region.

Emily’s husband Gen. Akuffo was head of state and Chairman of the Supreme Military Council in Ghana from 1978 until his overthrow by Jerry John Rawlings on June 4, 1979.

He was executed at the Military Shooting Range in Teshie along with other senior military officers on June 26 that same year.

Mrs Emily Akuffo was the First Lady of Ghana during that period.

Following the execution of her husband, Mrs Akuffo spent the rest of her years at Akropong in the Eastern Region.

The octogenarian was a teacher by profession.