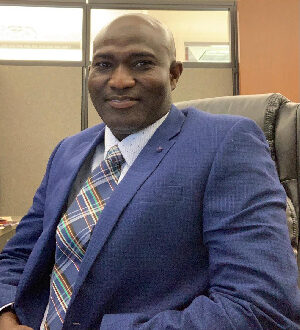 Forcefully passing E-Levy is a recipe for a coup – Dr. Sa-ad Iddrisu

A United States-based Economist, Dr. Sa-ad Iddrisu, is cautioning the government against its attempt to
forcefully impose the E-levy on Ghanaians.

According to Dr Iddrisu, the failure of the African government to listen to the concerns of the citizenry is one
of the reason’s why there are so many coups on the continent.

Speaking on Radio Tamale’s political take show, the economist said due to the failure of African leaders to
listen to the cries of their citizens there has been four coups since 2020.

He explained that the government inability to handle the university lecturers strike in addition to its failure to
pay Nation Builders’ Corps trainees are all factors that invite unnecessary tensions in the country and could
set the tone for citizens revolts and military take-overs.

Dr Iddrisu further stated the passage of the E-Levy would further hardships being faced by Ghanaians.
“…looking at what is happening in parliament as at now with this E-levy thing, it’s clear that the citizens
don’t want it but the government wants to go ahead with their numbers in parliament including the
independent candidate, to pass the E-levy. Some of these factors are things that the government needs to look
at. You are voted into government to deliver what the people want and not to have your way all the time,
because having your way all the time begins to create a whole lot of tension or unnecessary tensions that can
trigger coup in the country”, he said.

He, therefore, urged the government to find alternative ways of raising funds so that it would not pass the ELevy.
Also, the United States-based Economist said the conditions of service of university lecturers in Ghana was
not the best adding that the government must put in measures to address the concerns of the striking lecturers
urged.