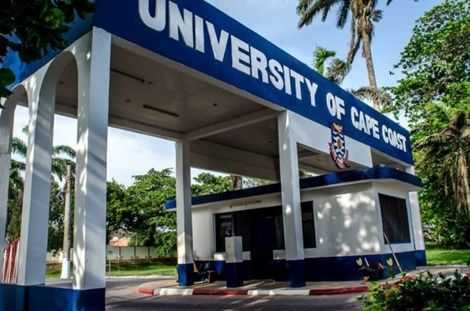 There have been claims and uncertainties about whether or not public universities in the country have provisions that compel them to shut down the schools when academic work is continuously disrupted for 21 days.

While some reports mention 21 days, others have reported that universities can close down after 31 days.

The conversation around the closure of schools gained prominence after the strike by university lecturers entered its fourth consecutive week.

The very latest to this issue is a post by the Education Ministry’s Spokesperson, Kwasi Kwarteng, who says he is “yet to cite any express provision in any university’s Statute that compels the complete closure of the school after 21 days of non-academic work.

This led me to conduct research into the claims to see if any public university has such a provision.

It has been found that the statutes establishing the University of Cape Coast (UCC) give the Academic Board the powers to order the complete closure of the institution after 21 days of no academic activity.

Statute 5.2 Clause (L) of the UCC Statutes, 2016 reads: “Order the closure of the University where academic or normal life is disrupted for three continuous days and it seems to it fit to do so…”

…and in any event, order the closure of the University where academic work or normal life is disrupted for 21 continuous days.”

What it means is that UCC risks shutting down on Monday, February 7, 2022 if UTAG’s strike continues unabated. This is because teaching and learning was to begin on January 17, 2022.

The Academic Board will have the options of whether or not to close the University should UTAG continue its industrial action.

In an interview on campus-based Radio Univers, the UG Pro-Vice-Chancellor, Prof. Gordon Awandare, stated that UG’s Statutes do not make provision for outright closure after 21 days.

He, however, indicated that a decision to shut down the school will depend on economic reasons.

“I don’t think that is actually a law. It is more of a practical decision in terms of the economics of it. If you have students on campus using electricity, water, spending money, putting pressure on the facility and nothing is going on in terms of classroom work, then at a point, you have to cut your losses and say, let’s take a break, everybody go home and relax and then when the issue is resolved, come back.

“I think it is more of an economic decision that the Universities normally take that if after three weeks, there is no sign of a breakthrough, then you think about shutting down the University,” he said.

It can be confirmed that the University of Cape Coast (UCC) has a provision in its statutes that give the Academic Board room to order the institution’s closure.

Per available documents, other public universities like UG, KNUST and UDS do not have any such provision but may close down the institutions if the schools’ management deem it fit to do so.