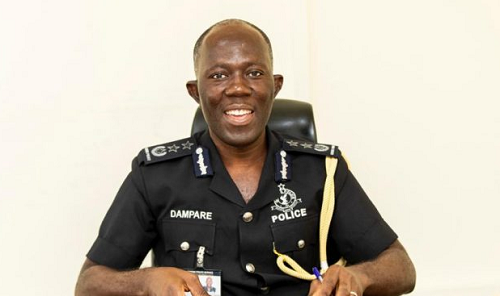 The Police Administration has created a new administrative region, the first since 1966, as part of efforts to ensure effective and efficient policing across the country.

The new region, carved out of its existing Central Regional Command, has been named Central East Region.

Until their appointments, DCOP Boapeah was the Director-General in Charge of Information Communication and Technology (ICT); ACP Amaning was the Tesano Divisional Police Commander,  while Chief Supt Hlomanu was the Director of the National SWAT Unit.

The new police administrative region covers Kasoa and Okyereko, which were under the then Kasoa and Dominase Police districts, and will now constitute two police divisional commands and 10 police district commands.

The industrial hub, Tema, has its own police region, the last to be created 55 years ago, carved out of the Greater Accra Region.

A regional police commander is in charge of both administrative and operational issues and is directly responsible for all policing activities in the region.

The commander is assisted by a deputy and operations commanders for effective policing.

In an interview with the Daily Graphic, the Ag. Director-General of the Public Affairs Directorate of the Ghana Police Service, Assistant Commissioner of Police (ACP), Mr Kwesi Ofori, said the last time a police administrative region was created in Ghana was in 1966.

ACP Ofori explained that the creation of a police administrative region in Tema had really helped the industrial hub and business community in Tema and its surrounding communities.

“It has secured business operations and boosted the growth of the hospitality industry from Ada to Sogakope,” he stated.

The creation of police administrative regions was part of the present Police Administration’s expansionist programme to bring policing services closer to the communities, ACP Ofori explained.

He said the new Central East Region was created because Kasoa had been a fast growing area with a lot of human settlements and growing crime trends.

Also, ACP Ofori said it would boost public confidence and promote peace and security in the area as it would make “policing accessible to the people.”

The Police Administration would also ensure that police strength would be increased as well as resources to equip and maintain the command, the Director-General of the Police Public Affairs Directorate said.