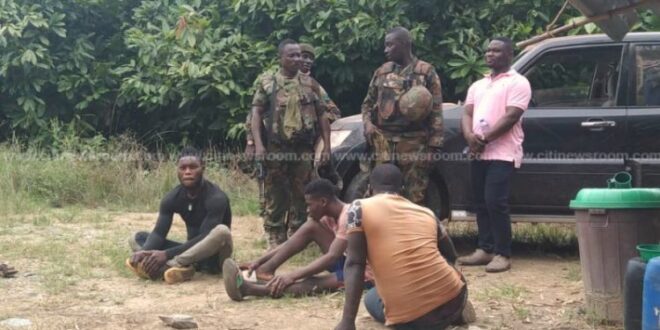 A group of illegal miners at Oseikrom in the New Abirem District in the Eastern Region have been stopped from operating.

Deputy Minister of Lands and Natural Resources, George Mireku Duker, told Citi News that, the group was stopped “because they don’t have a licence to mine. It is in an illegal site. They must produce an EPA license before they start mining”.

“Nobody can claim ownership of this concession. Minerals Commission has not granted any concession here,” the Deputy Minister added.

Mr. Duker is currently leading a team to clamp down on illegal miners in some parts of the Eastern Region. 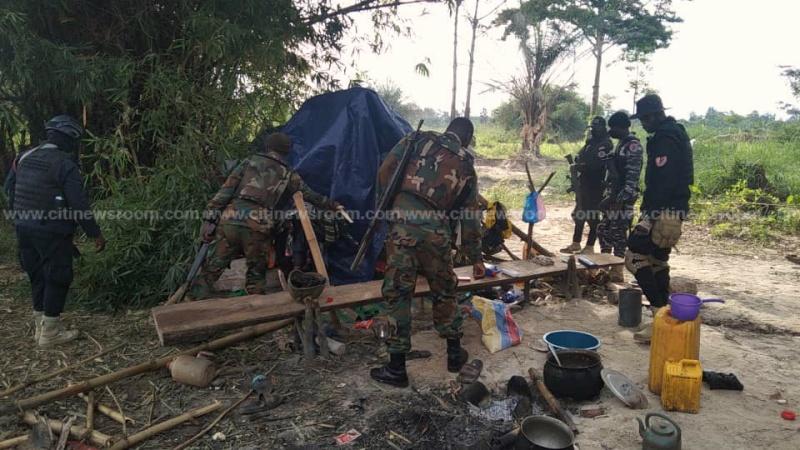 The team comprises members of the ministry, the Minerals Commission, and personnel of the Ghana Armed Forces and the Ghana Police Service.

The illegal miners, who are largely foreigners from Burkina Faso, Benin and Ivory Coast, have infiltrated the communities, diverted the course of the Pra river and are mining with mercury. 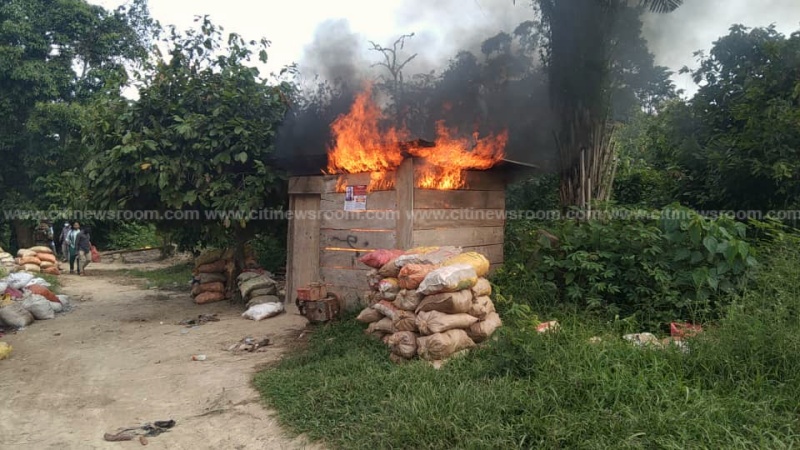 The miners had pitched camp and, on seeing the Minister’s team, run to hide in the bushes.

But the team managed to arrest five of them and burnt over 30 changfan machines at Oseikrom.

Mr. Duker, who spoke to the media, expressed shock at the level of degradation.

“The invasion of foreigners is now the trend, and it is now a worrying one… Those who have been arrested attest to that fact, and it is very unfortunate that Ghanaians are allowing this to happen,” he said.