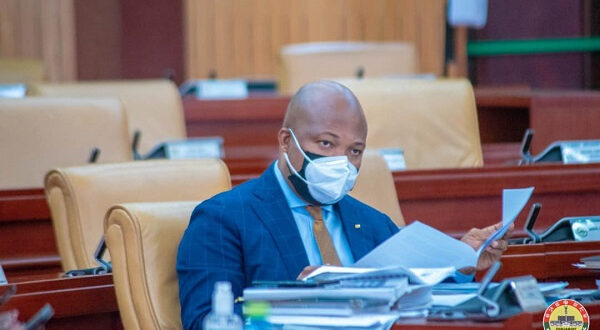 E-Passport: Gov’t in a state of confusion – Ablakwa

Member of Parliament for North Tongu, Samuel Okudzeto Ablakwa, says the New Patriotic Party (NPP) government is in a state of confusion with respect to the claims by the International Civil Aviation Organisation (ICAO) that the National Identification Card, popularly known as Ghana Card, cannot be used as an e-passport.

The Vice President, Dr. Mahammudu Bawumia, had earlier said the Ghana card would be recognised as an electronic passport in 197 countries by 2022.

“The Ghana card will be recognised as an e-passport and can be read and verified in all [International Civil Aviation Organisation] ICAO compliant borders (in 197 countries and 44,000 airports in the world). When this happens, holders of the Ghana card will be allowed to board any flight to Ghana.”

After the statement there were media reports that ICAO had approved the use of the Ghana Card, as an e-passport.

Clarifying Bawumia’s statement, ICAO in series of tweets said that it was not its responsibility to certify the use of a state’s identity card for international travel in place of a passport.

The ICAO added that any decision to accept such alternative travel identity document is made by the receiving state itself.

Speaking to host of Atinka FM’s AM Drive, Member of Parliament for North Tongu, Samuel Okudzeto Ablakwa, stated that government is in a statement of confusion so far as the Ghana Card and the E-passport is concerned.

He maintained that ICAO has exposed the propaganda surrounding the E-Passport.

“Honestly, we have been monitoring, we have been reading and we can see that government itself is in a state of confusion and we have seen the statement the foreign minister made too. ICAO used the word ‘incorrect’ in the series of tweets it made, they have exposed the propaganda in the whole issue,” Ablakwa added.