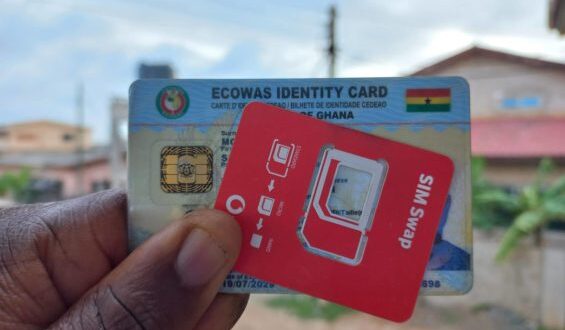 The Minority in Parliament have pushed against plans by the Electoral Commission (EC) to use the Ghana Card for the compilation of the 2024 Voters Register.

According to them, such a move will disenfranchise a lot of Ghanaians since many citizens are yet to receive their Ghana Cards.

Speaking on the floor of Parliament on Friday, Member of Parliament for the Ningo-Prampram Constituency, Sam George argued that as of now, scores of Ghanaians have not received their Ghana Cards, despite having registered for same.

In his submission, the legislator said given the situation, it will be unfair for the Electoral Commission to use the Ghana Card as the source document for the compilation of the 2024 Voters Register.

The lawmaker therefore called on Parliament to summon all the relevant stakeholders who intend to use the Card for various purposes that may affect Ghanaians who are yet to receive theirs.

“The Ministry of Communication has issued a deadline of 30th of this month, that [from the] first of July, they’re going to deactivate SIM Cards.

The Bank of Ghana says that your money that is in your account that you paid in, from the 1st of July, you cannot access it without a Ghana Card. And they’re all [making] references to a legislative instrument from this House, LI 2111.

Even the Electoral Commission is preparing to bring us a CI that is to create a new Voters Register using the Ghana Card. But majority of our constituents have registered since 2018. The National Identification Authority (NIA) is unable to provide them their Ghana Cards”, he stated.

Sam George continued: “So, as representatives of the Ghanaian people, what is this House going to do between now and the 30th of this month to ensure that our constituents who have registered for the Ghana Card get the Ghana Card so that they’re not disenfranchised?”

He therefore suggested that Parliament should stay the hands of those agencies who wish to use the Ghana Card, so that those who do not have it are not put in jeopardy.

Adding his voice to the concerns raised by Sam George, the Minority Leader, Haruna Iddrisu, said if the Electoral Commission wants to use the Ghana Card for the compilation of the 2024 Voters Registration, then the EC must ensure that all citizens have the Card.

Adding that it is a ‘democratic imperative’ for all citizens to possess the Ghana Card before it can be used to compile a new Voters Register.

Haruna Iddrisu further stated that if this is not done, the EC may end up putting the country’s democracy in ‘jeopardy’.

Buttressing the point about citizens who still do not have the Ghana Card, he revealed that he also receives similar complaints from his constituents in Tamale.

Member of Parliament for the Ellembelle Constituency, Emmanuel Armah-Kofi Buah, who also spoke on the issue, described it as a matter of ‘national security interest’.

He therefore suggested that if the Electoral Commission desires to use the Ghana Card for compiling the Voters Register, then the NIA must be hauled before Parliament to explain why a section of the populace do not have the Ghana Card, despite having registered for same.

Still on the Ghana Card

Meanwhile, the Minister for Foreign Affairs and Regional Integration, Shirley Ayorkor Botchwey has clarified that the Ghana Card is not an E-passport.

She, however, noted that it may serve as an optional travel document to be used alongside the biometric passport.

“It must be underscored that the passport, together with the travel certificate are the only approved travel documents for the Ghanaian, they are internationally recognised.

At the moment, the Ghana Card cannot be used for travel to other countries either within or outside of ECOWAS as that will require bilateral agreement with countries for their authorities to accept the card as a travel document. The Ministry is in active discussion with ECOWAS member states and our bilateral partners to achieve this”, she told Parliament on Tuesday.