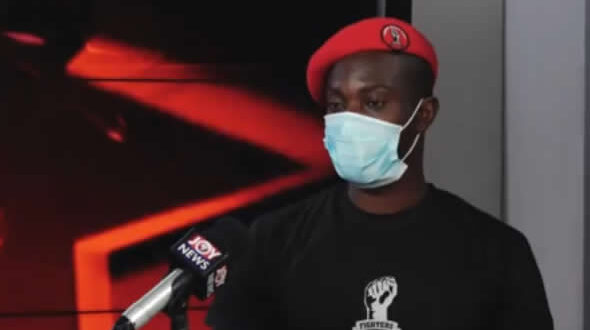 Don’t fall for the drama; NDC has cut a deal with NPP to pass 2022 budget – Ernesto Yeboah alleges

The Economic Fighters League (EFL) has accused the Minority in Parliament of conniving with the Majority to impose the controversial 2022 budget on Ghanaians.

Parliament on Tuesday reversed an earlier rejection of the budget and approved it after the National Democratic Congress’ MPs staged a walkout.

Although the Minority has openly described the act as unconstitutional, the group says it is a ploy to save face while allowing Ghanaians to be further burdened by the budget.

Addressing the press on Wednesday in Accra, Fighter General of the EFL, Ernesto Yeboah, described the situation in Parliament over the policy document as a mere strategy by both sides of the House.

“Can you imagine that this NDC opposition have passed the Agyapa deal? Agyapa of all arrangement, they’ve passed it so let nobody be deceived.”

Ernesto Yeboah highlighted that “that whole explanation is just a ruse to blindfold the people of Ghana into accepting the NDC’s compromised position. They have failed us, they stabbed us in the back and that’s precisely what they did.”

The group further revealed that it would soon launch a political ambition to participate in the 2024 general elections to provide better alternatives for the citizenry.

According to Mr Yeboah, they are poised to utilising any legitimate means to address the country’s economic challenges.

“The Economic Fighters League will offer a platform for those Ghanaians who are of integrity and substance to contest the elections in 2024.”

“We aim to fight the battle to rescue the country on two fronts; from the inside and from the outside, presenting principled, honest, competent, progressive men and women with high integrity to replace the bunch of corrupt, incompetent, self-seeking individuals we have in Parliament and have since remained in Parliament since 1992.”