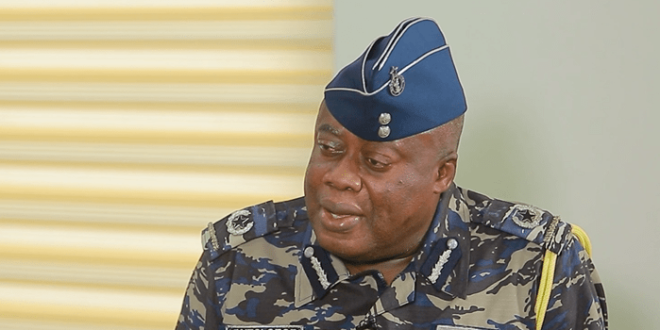 The Police have denied reports that #FixTheCountry convener, Oliver Barker-Vormawor, cannot be found.

In a public notice on Saturday, February 12, the Police noted that such claims are false and must be disregarded.

“In our press release following his arrest, we stated clearly that Mr Barker-Vormawor was arrested by the Tema Regional Police Command to assist with investigations.

“In line with our standard operating procedure, the Police proactively ensured that his family and his lawyer were given access to him,” the Police said.

Speaking in an interview with JoyNews on Saturday, a co-convener of the Movement, Felicity Nelson, called on the Police to immediately grant the suspect access to his lawyers.

She said for close to three days after the arrest of her colleague, Barker-Vormawor has not been granted access to his lawyers and family.

Felicity added that they are also in the dark as to his whereabouts.

“We don’t know where he is, and it took the Police 12 hours to produce a statement saying they have arrested Oliver.

“Is this the normal practice? If you have arrested someone, why is this person denied his right to legal counsel? We still don’t know where he is,” she claimed.

But the Police says those claims are unfounded.

“We wish to assure the good people of Ghana that the Police will continue to follow due process in the performance of our duties.”

Meanwhile, the Director-General of Public Affairs for the Ghana Police Service has stated that they will investigate the intentions of #FixTheCountry convener, Oliver Barker-Vormawor’s coup comment.

According to reports, some security personnel picked up the Cambridge University PhD student upon arriving from the United Kingdom on Friday evening at about 4 pm.

His arrest follows a Facebook comment declaring his intent to stage a coup if Parliament passes the e-levy bill.