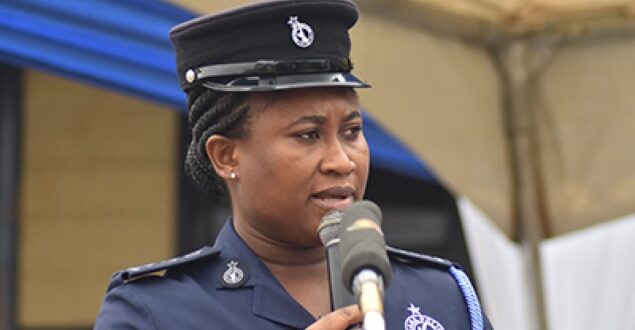 A Deputy Superintendent of the Ghana Police Service, Effia Tenge, has advised the general public to disregard calls by the conveners of the FixTheCountry protest to hit the streets of Accra.

Speaking on Joy FM’s Top Story, Tuesday, June 8, Effia Tenge, stated that despite the Supreme Court’s order that quashed an earlier order by an Accra High Court, which sought to restrain the conveners from embarking on the demonstration, the agitated group cannot undertake the protest.

“It is not now that the police is seeking a restraining order against the conveners. This case has been pending in court after the police filed an ex parte motion that restrained the conveners of #Fixthecountry from embarking on their demonstration. But because we went on an ex parte, for which the court granted an injunction, we have to go back to the court and this time around, on notice. We hope to extend our restriction,” she explained

On May 6, 2021, the police filed an ex-parte motion and got a ruling in its favour against the planned protest by the Accra High Court.

In restraining the protestors, the High Court stated that they are not to hit the streets until the appropriate authority lifts the Covid-19 restrictions on public gathering.

But, the Supreme Court on Tuesday, June 8, with His Lordship Justice Yaw Appau presiding, held that the High Court’s order was in error and proceeded to quash it.

Meanwhile, Effia Tenge, stated that the substantive case between the conveners of the #Fixthecountry protest and her outfit, is yet to be heard at the High court on June 14.