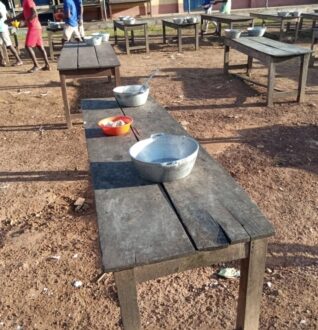 Former Vice Chancellor of the University of Ghana, Professor Ivan Addae-Mensah, has urged government to once again decentralize the management of food supplies to senior high schools across the country.

He argued that prior to the centralization of the management of food supplies as a result of the Free SHS policy; the heads of schools were doing a yeoman’s work ensuring that students were well catered for.

According to him, the now recurring issue of food shortages in schools was an unheard of phenomenon during those times.

Speaking on JoyNews’ PM Express, he called for an end to government’s micromanagement of senior high schools and a return to the decentralized system.

“From time immemorial until the free SHS, feeding of high school children had been in the hands of heads of schools – headmasters and headmistresses. They made all the arrangements, they knew how to get their food, they knew who their suppliers were, then we decided to centralize the idea of decentralization which we’ve been making a lot of noise about and now seems to be in the opposite direction.

“I don’t see why schools in Bolgatanga, Navrongo, Tumu should wait for Buffer Stock to give them supplies ostensibly from Accra before they can feed children,” he said.

He continued, “So first of all, the heads should be given the freedom and the prerogative to run their schools. After all, if they’re heads, they’re supposed to be good in management. They should be given the chance instead of this micromanagement that goes wrong all the time from a centralized position.”

He noted that even though in the past, under the decentralized system, some head teachers were discovered to have engaged in corrupt activities, it does not trump the fact that the larger fraction of head teachers had always acted sincerely and in the best interest of the students in their care.

“People always talk of the possibility of heads being corrupt; of course there may be a few cases but majority of heads are very honest and they care about the school children, they wouldn’t deliberately let the children go hungry.”

The Educationist was speaking concerning the acute food shortages that have hit secondary schools across the country, especially those in the northern regions.

Senior high schools across the country are on the verge of being shut down as the food shortage situation worsens.

The Education Ministry had said food supplies will reach the schools by Tuesday after the Upper West Regional Chapter of the Conference of Heads of Assisted Secondary Schools (CHASS) issued a 7-day ultimatum for the delivery to be made.

It has, however, emerged that government failed to see this promise through.

In their defence, the Education Ministry’s Public Relations Officer, Kwesi Kwarteng, revealed that there have been challenges with the delivery.

The development has caused further agitation amongst heads of senior high schools across the country.