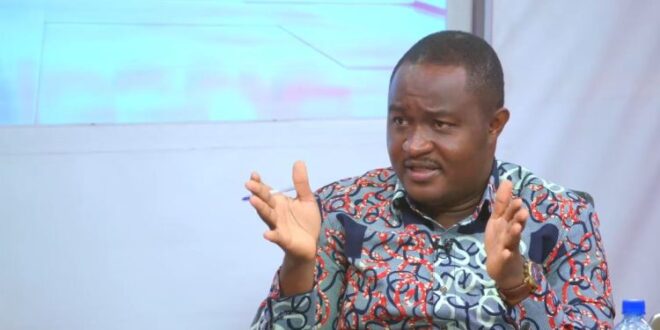 The Ministry of Education believes that the court order for striking public university lecturers to return to the classroom is progressive and affords government the opportunity to properly engage the lecturers on their demands.

According to the ministry’s Public Relations Officer, Kwesi Kwarteng, the ministry is hoping that a lasting solution will be found and lecturers permanently returning to the lecture rooms.

Speaking on Eyewitness News, he said the ruling of the court is in the right direction, as Ghana’s labour laws are explicitly against an aggrieved party being on strike while negotiations are ongoing.

“For us, we find it a bit progressive the decision by the court that granted the injunction relief which was being sought by the National Labour Commission because, in the end, parties would have to get back to negotiations and the laws of our land is very clear. It is clear that you are unable to negotiate when you are on strike,” he said.

He said he is hopeful that the UTAG members will comply with the court’s directive and ensure that the academic activities resume in the various universities across the country.

“For us within the ministry, we feel that it is an opportunity for the government to really engage UTAG and address the issues and at the same time getting our lecturers back in the classroom to continue the full academic activities. We are hopeful that they will listen to what the court has said,” he added.

The Labour Division of the Accra High Court on Tuesday granted an interlocutory injunction against the industrial action by the University Teachers Association of Ghana (UTAG).

This follows an appeal by the National Labour Commission (NLC) for an interlocutory injunction to halt the industrial action by UTAG.

The NLC dragged UTAG to court after attempts to have UTAG call off its strike failed.

The court on two occasions ordered both parties to adopt an out-of-court settlement, but the engagements ended inconclusively.

With the latest order, some have suggested that UTAG may not deliver its service as expected, given that they will not be returning to the lecture halls out of their own volition.

But Mr. Kwarteng said, “I am not sure our lecturers would want to disagree or want to have any bad faith with what the judge said. What the judge did was just to affirm the position of the law. They have other options within the framework of the law, even if they disagree with it.”

UTAG has been on strike since January 10, 2022, in demand for better conditions of service.