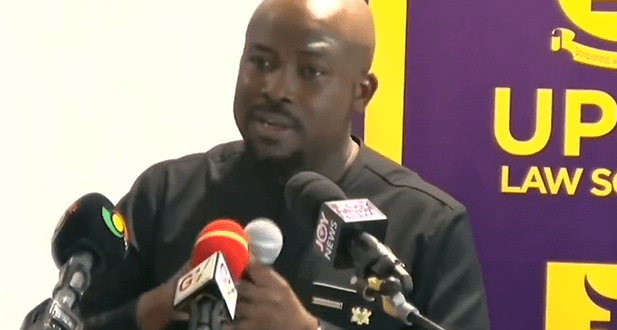 Corruption is the currency of our democracy – Senyo Hosi

He expressed pessimism about corruption, a canker he described as worrying, ending anytime soon.

“It is what keeps the wheels of democracy moving. It won’t go anywhere. Currency!,” he stressed.

The CEO of the Ghana Chamber of Bulk Oil Distributors was delivering the keynote address at the Constitution Day lecture organised by the ‘One Ghana Movement’ in Accra on Friday.

Legal analysts and some public policy campaigners have in recent times made a strong case for a review of the 1992 Constitution.

He told the gathering that implementation of the Constitution has failed to meet the aspirations of Ghanaians as captured in the preamble of the ultimate law of the land.

“IN THE NAME OF THE ALMIGHTY GOD
We, the People of Ghana,
IN EXERCISE of our natural and inalienable right to establish a framework of Government which shall secure for ourselves and posterity the blessings of liberty, equality of opportunity and prosperity;

IN A SPIRIT of friendship and peace with all peoples of the world;

AND IN SOLEMN declaration and affirmation of our commitment to;

Freedom, Justice, Probity and Accountability,
The Principle that all powers of Government.”

Mr. Hosi said liberty is threatened by injustice; the politically connected have opportunities to prosper while citizens are so impoverished that governments want to tax them for simply moving their money around after paying their taxes.