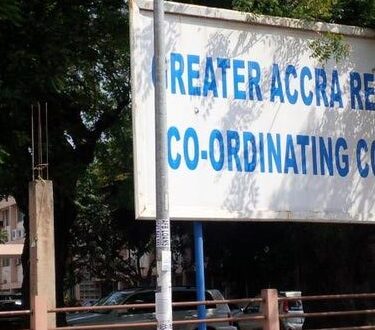 Metropolitan, Municipal and District Assemblies in the Greater Accra Region will begin processes for confirming MMDCE nominees in the region from today, Monday, September 27, 2021.

The Assemblies are expected to either confirm or reject the nominees in their respective jurisdictions.

For today, assembly members in the Ayawaso Central, Korle Klottey, and Ablekuma West Municipal assemblies are expected to confirm their MCE nominees today.

These three are the only assemblies scheduled to partake in the exercise today in the Greater Accra Region.

The Greater Accra Regional Coordinating Council has slated September 27 to October 7, 2021, to confirm the president’s MMDCE nominees in the region 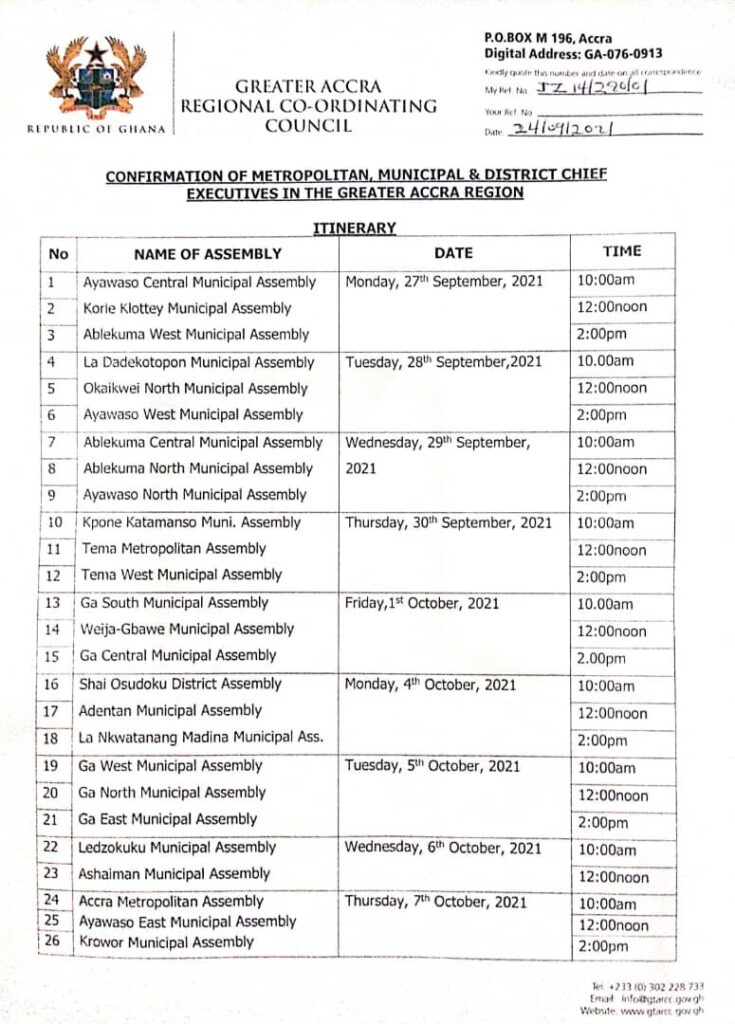 Assembly Members in the Yendi Municipality on Friday rejected the President’s nominee for the position of MCE.

Other assemblies such as the Gomoa West, Sawla-Tuna-Kalba Asokwa, and Obuasi East have all confirmed their nominees.

The confirmations are being done in line with the 21-day deadline for such exercise to be done.

Of the 260, 125 are MMDCEs who were already in office and were put forward to be retained while 135 were new entrants.

In terms of gender distribution, 222 were males and 38 were females.