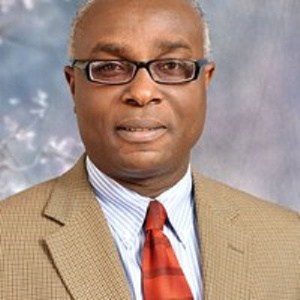 Conducts of some pastors are making Christianity become a nuisance – Rev. Prof Asamoah-Gyadu

He explained that prophecy, according to Paul in the Bible, is supposed to strengthen and encourage and not to become a nuisance to the public.

Speaking on JoyNews’ Newsfile on October 30, 2021, he said, “You see them sometimes kicking people, others stripping people naked, stepping on the bellies of pregnant women. So it’s almost like religion or Christianity, which is something that’s to build, has become a nuisance”.

“If you read the theology of prophecy, from what Paul says, is to encourage, strengthen, it shouldn’t be a source of nuisance to the public,” he added.

He added that some people who call themselves prophets have turned the ministry into a money-making venture.
In his words, “More than half of the people who consider themselves prophets, I don’t consider them to be prophets. All you have to do is to interrogate what they do in the light of Biblical teaching and you’ll realise that a lot of them are just doing it either for commercial purposes or economic reasons, of course, that is not to deny that the prophetic is genuine.”

He also bemoaned attitudes by some Ghanaians who close down their shops just to attend church service on weekdays, these he says needs to be checked.

“I have a friend who established a savings and loans business and this individual purposely sited this business in the market so that he can loan money to the market women. The business collapsed because these market women took the loans, shut up their shops to go to church on weekdays,” he recounted.

11/1/21, 5:54 AM Conducts of some pastors are making Christianity become a nuisance – Rev. Prof Asamoah-Gyadu
https://www.ghanaweb.com/GhanaHomePage/religion/Conducts-of-some-pastors-are-making-Christianity-become-a-nuisance-Rev-Prof-Asamoah-Gy… 2/2

The Professor reiterated that the state cannot stop people from going to church on a weekday but the institutions for which these people work, “can keep an eye on them and ensure that they are fulfilling their duties for which they are paid.”
“So as much as we need to call out these prophetic figures, for causing fear, panic, and chaos in society, we also need to exercise our civic duty in calling people to order.” Myjoyonline quoted.