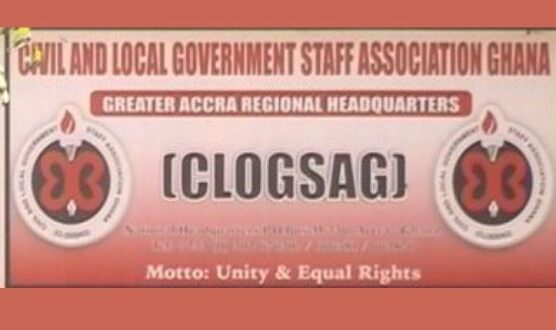 Members of the Civil and Local Government Staff Association of Ghana (CLOGSAG), are returning to work today, Monday, May 16, 2022, after the association called off its 3-week old strike last Friday.

The strike, which begun on April 21, 2022 saw work at the various Ministries, Departments and Agencies grounding to a halt.

CLOGSAG members were demanding a 20 percent political neutrality allowance from the government.

Executive Secretary of CLOGSAG, Isaac Bampoe, says they may resume their strike if the government fails to fulfil its part of the bargain.

“We expect all our members to go to work.. We must get it very clear. This is a game and we are on halftime. They are going to their drawing board to strategize and we are also doing the same. We won’t give our game plan out. People can make all the noise but we the technical people will keep to our game plan,” he said.

CLOGSAG’s strike has been hinged on their demand for the payment of neutrality allowance.

The demand for the neutrality allowance has generated public debate, with divided opinions on the relevance of such an allowance.

While some contend that the government giving in to this demand will open the floodgate for other allowance claims from the state, some believe that such an allowance is important to keep civil and local government workers away from serving based on their political interests.