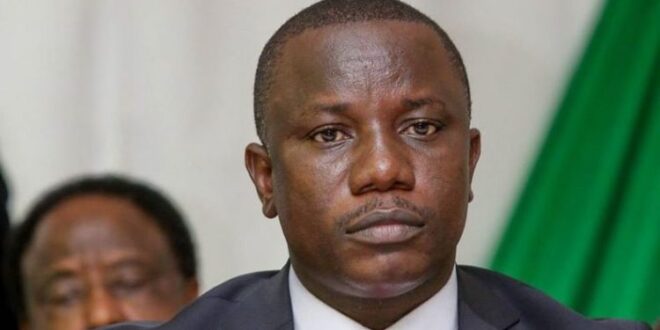 The Minister of Defence, Dominic Nitiwul does not side with calls for the governing New Patriotic Party (NPP) to slash the number of its appointees amid negotiations with the International Monetary Fund for a bailout.

Mr. Nitiwul posited that such calls are unfounded, as the current economic challenges are not being influenced by the current size of government.

“Generally, how much is a Minister paid…that you think that the failure to reduce the Ministers is the reason Ghanaians are suffering? It may not be necessarily the case…Mahama’s government had between 85 and 86, we have similar numbers now, so to pin it [size of government] on the suffering of the masses is far-fetched,” he argued.

The meeting saw the IMF examining the government’s fiscal expenditure and projections for the year 2022.

In the wake of calls for a reduction in government expenditure, there have been suggestions for the government to cancel some projects, such as the National Cathedral, to reduce the burden on the public purse.

However, Mr. Nitiwul disagreed, insisting the government’s commitment to the National Cathedral project is necessary.

“If you tell me Government has no place in helping the church where a catholic and Pentecostal can worship, it is not fair. The government continues to spend on religious bodies. We may criticize all that is being done, but let us not criticize what is being done for God.”