Breaking News
Home / NEWS / AUDIO: How I was convinced to accept one percent E-Levy – Haruna 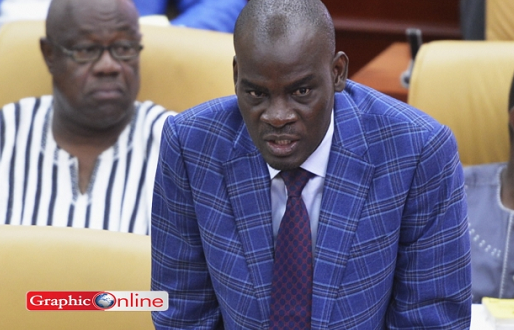 AUDIO: How I was convinced to accept one percent E-Levy – Haruna

The Minority Leader in Parliament, Mr Haruna Iddrisu has revealed how he was convinced to accept the government’s proposed E-Levy (Electronic Transaction Levy).

According to him, a week ago he was against it in its entirety but was convinced to accept a one per cent E-Levy by officials in government including the Minister of Finance Ken Ofori Atta and a Minister of State at the Ministry of Finance, Mr Charles Adu Boahen.

According to him, he accepted a one per cent E-Levy for the good of the country.

“On E-Levy, a week ago, I was no, no, no, we won’t accept the E-Levy but having listened to officials in government, including the Minister of Finance and Charles Adu Boahen, I was convinced to accept a departure of my original no to accepting a 1 per cent E-Levy for the good of the Ghanaian people,” Mr Iddrisu said at the launch of the 10 anniversary of the Ghana Telecommunications Chamber today in Accra.

“And therefore if government is able to make overtures and reach out and say that we want to peg the electronic levy at one per cent, I would have a difficulty convincing my constituency but I take full responsibility because that should be our contribution to fiscal consolidation and our contribution to ensuring that the economy doesn’t collapse on any of us going into the future”.

Mr Iddrisu said he also advocated for the E-Levy to be imposed on mobile money and other electronic transactions that exceeded GH¢300, an adjustment on the GH¢100 that was proposed by the government in the 2022 Budget and Economic Policy Statement.

He said initially, he had wanted the E-Levy to be imposed on only transactions that exceeded GH¢500.

The Minister of Finance, Mr Ken Ofori-Atta, announced during the presentation of the 2022 Budget Statement in Parliament that the government intended to charge 1.75 per cent on electronic money transactions such as Mobile Money (MoMo) transfers, Mobile Money merchant payments, merchant payments using POS or QR code and e-commerce/online payments.

Exempted from the proposed tax are transactions of up to the first GH¢100 made on MoMo, bank transfers and cheques, as well as transfers between accounts.

Listen to the audio below;