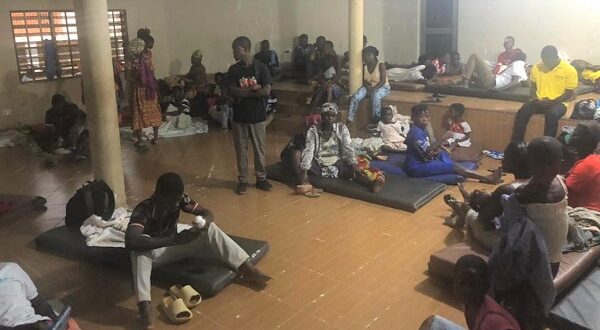 Victims of the Appiatse tragedy are appealing for support to enable them to meet their basic needs.

The victims who are currently housed at the Parish Hall of the Catholic Church at Bogoso, in the Prestea Huni-Valley Municipality say they are yet to come to terms with their loss.

When the Graphic Online team arrived at the shelter at about 5:30 am on Friday, the displaced persons – women, children, and the aged were already up and waiting for further information from the authorities. 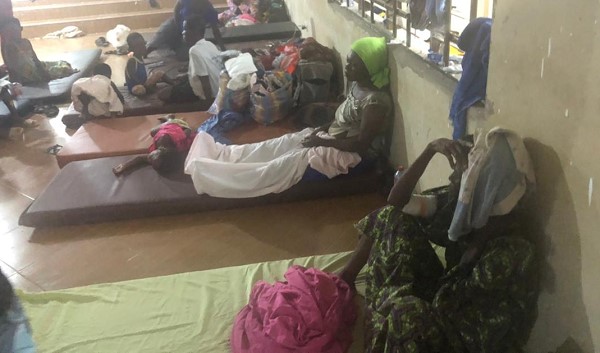 They told the reporter they have lost everything and are looking for support from the assembly and corporate bodies to at least feed the children and to also visit the hospital.

Rev. Father Edward Cudjoe said with the support of the church members, they are still creating more rooms to accommodate the number of people received.

“As they woke up this morning we are going to provide them with toiletries – toothbrush and paste, soaps, towels to enable them to freshen up while others are working breakfast for them.” 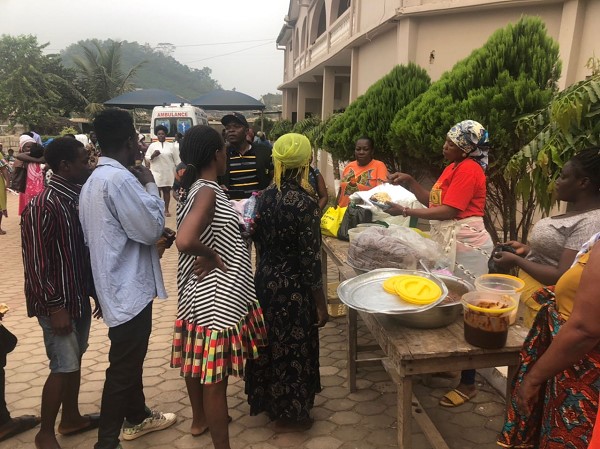 The Zonal Director of NADMO, Mr James Anfo-Mensah, said provision has been made to cater for their feeding, “we arranged with caterers in the community to provide breakfast, lunch and supper for them and we can assure you that they would be taken care of.”

“We cannot tell the number of people here at the moment because more keep coming, before the close of day today we should be in a position to know and adequately plan for them and assess the extent of damage,” he said.

He added that many of the victims were terrified, “Terefore we will deploy a medical team to carry out some form of screening on them”.

Meanwhile, the Western Regional Minister, Mr Kwabena Okyere Darko-Mensah, and top government officials say they will be coming with relief items for the victims. 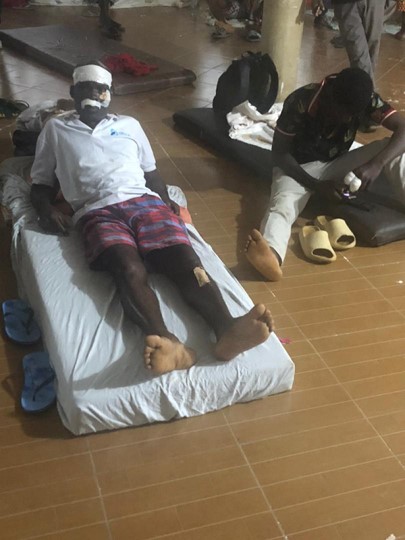 He commended the Catholic Church at Bogoso for the initial support and urged those who have lost their loved ones to be strong, adding that the “government would not let them down”.

The explosion occurred at a section of the road between Bogoso and Bawdie after a motorcycle rider from the opposite direction ran under the van carrying the explosives.

The motorcycle in the process caught fire, ignited the van, which burst into flames and exploded.

The driver of the van sustained a deep cut on the head and was rushed to Government Hospital, Tarkwa in the Tarkwa Nsuaem Municipality while the police escort escaped unhurt.

The police said a number of people including the motorbike rider are feared dead, while the explosion caused extensive damage to a nearby ECG transformer, leveled residential buildings and divided the main highway through the community.

The police added that vehicles plying the road were damaged while passengers and inhabitants sustained varying degrees of injuries.