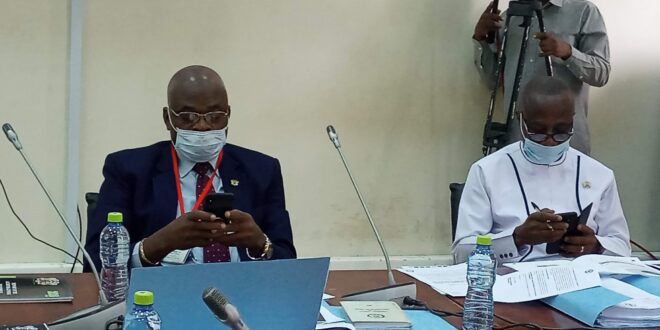 The Public Accounts Committee (PAC), has summoned officials of the Ministries of Works and Housing and Roads and Highways to appear before it on Friday, June 25, 2021, to answer questions relating to their Ministries or face the full rigours of the law.

The two Ministries are to be surcharged with the cost of organising the hearing, as they failed to appear before the Committee, which has begun its annual public hearings to consider financial activities of the various Ministries, Departments and Agencies (MDAs) for the financial year ending December 2017.

The Committee reminded erring institutions that Article 103 (6) grants the Committee, like any other Committee of Parliament, the powers, rights, and privileges of a High Court in relation to enforcing the attendance of witnesses and examining them on oath, affirmation, or otherwise.

The Deputy Minority Leader and Member of Parliament for Ketu North, James Klutse Avedzi, who chairs the Committee, also ruled that the two ministries bear the cost of the day’s live broadcast of the sitting on national television and media coverage aimed at bringing the Committee’s work closer to the public and making it one of the most popular Committees of Parliament.

The Chairman gave these warnings on Thursday, June 24, 2021, when the Committee began its annual public hearings to examine the Report of the Auditor-General on the Public Accounts of Ghana ending December 2017.

However, officials of the two Ministries disregarded the Committee’s invitation and failed to appear to answer to their financial infractions without notice.

The Chairman reiterated that Standing Order 165 of Parliament assigns to the Public Accounts Committee the examination of the audited accounts showing the appropriation of funds granted by Parliament to the government.

According to him, aside from the Committee on Subsidiary Legislation, the PAC is the only Committee of the House chaired by a Member from the Minority side of the legislative body in order to deepen the mandate of the Committee in scrutinising properly, the audited accounts of government institutions.

The Committee is expected to complete its scheduled public sittings to examine the report of the Auditor-General on the public accounts of the various Ministries, Departments, and Agencies on Wednesday 30th June 2021.