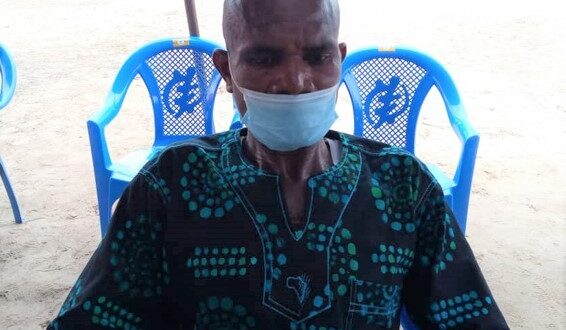 Alleged notorious spiritualists were arrested and detained by the Akatsi South District Police Service for allegedly causing harm and creating fear and panic through the use of a spiritual wizardry bowl called (ADZEKPAKU).

They are Mr. Amegavi Gakpo of Gakpokorpe Community of the Akatsi South District and Mr. Horsede Kudalor of Etrorkorpe, of the same district, both were picked up yesterday the 19th day of August, 2021, between the hours of 11 am – 12 noon.

Intelligence information picked by the investigation team of the Duamenefa Foundation of Fafaa FM indicates in a voice recording between the Kudalor family members of Etrorkorpe, that the mysterious wizardry which has been tormenting the people of Gakpokorpe Community for the past 26 years, more or less, has been moved by Mr. Amegavi Gakpo to Etrorkorpe for safety.

Mr. Horsede Kudalor who took custody of the mysterious bowl confirmed in the voice recording that he accompanied Amegavi Gakpo to Nogokpo where Ghc 3,000 was paid to Mama Ladzesi, the fetish priest to manipulate the powers of the Nogokpo shrines against Fafaa FM radio to shut down its operations to put a stop to the investigations and also deal with other members of the Gakpo family who levelled the allegations against Amegavi Gakpo.

The Nogokpo cult allegedly carried their mandate and issued an emergency summons against Mr. Phillip Gakpo and Togbi Agbedor to appear before the shrine on Saturday, the 28th day of August, 2021, at 8:00 am prompt (even though customary traditional adjudication under the chairmanship of Togbi Dzadzi II, with other retinue of chiefs was undertaken with its verdicts in favor of Phillip Gakpo and the family).

The Duamenefa Foundation of Fafaa FM reported the matter to the police who acted swiftly to arrest the two spiritualists for further investigation and possible prosecution in a court of competent jurisdiction.

It would be recalled in series of publications on this subject matter that for the past 26 years, more or less, the community of Gakpokorpe in the Akatsi South District of the Volta Region has been suffering from various degrees of allegations of spiritual attack through manipulations of a wizardry bowl called (ADZEKPAKU).

This was contained in a petition to the Executive President of the Duamenefa Foundation, Mr. Emmanuel Ketaman Evortepe, by Mr. Phillip Gakpo dated 11th March, 2019. He alleges in his petition that the mysterious wizardry bowl or pot was inherited from their father by his junior brother Mr. Amegavi Gakpo and his sister Madam Masaga Gakpo, and the two were using it to the detriment of the family.

In a twist of events, Mr. Amegavi and Madam Masaga Gakpo, the two suspects, also in a petition dated 23rd July, 2019 to the Executive President of the Duamenefa Foundation of Fafaa FM, pleaded with the foundation to investigate the allegations levelled against them and intervened to clear all suspicions.

The two petitions propelled the Duamenefa Foundation of Fafaa FM to carry its independent investigation for intervention with findings below:

Allegations of strange occurrences such as:

After 18 months of tireless investigations, interrogations and interviews of key lawful stakeholders, it was agreed that a traditional arbitration be held to conclude the findings of the Foundation, hence the first community arbitration for intervention was held on Wednesday the 21st day of July, 2021, where after series of interrogations both parties asked the chiefs to subject them through the process of Ifa divination.

According to them, that was the basis of their faith because their father initiated the 11 siblings to Ifa divination cult practices and that should be the only justification to prove the person who is in possession of the alleged dangerous wizardry spirit.

The chiefs therefore have no hesitation but to agree with their suggestions, hence the arbitration was rescheduled to Thursday the 28th day of July 2021. 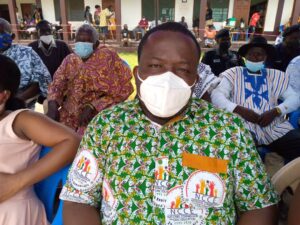 Present at the final arbitration were a retinue of chiefs of Akatsi Live and its environs under the chairmanship of Togbi Dzadzi II, the District Director of the NCCE Akatsi, Rev. Vincent Adzika who began with education on customary traditional arbitration per the provisions of the 1992 constitution of Ghana.

According to him, our chiefs are permitted by customary law to engage the services of soothsayers in spiritual matters to justify the faith and beliefs of people who practice the art, compare to the case of the Gakpo family. He made special reference to Republic of Burkina Faso where spiritual matters are enshrined in their constitution with its prescribed penalties.

The District Police Commander of Akatsi, Chief Superintendent Joseph Dzineku, was present with his team of police officers. He educated the people on the need to coexist peacefully with one another devoid of using the spirits of our forebears to the detriment of one another.

The final arbitration and verdict of the chiefs and people pointed to Amegavi and the sister Masaga for possessing the mysterious wizardry bowl and they both agreed to be given one week to revert to the chiefs, but after one week they refused and said they are not in possession of the spirit.

This undercover intelligence, arrest and detention would go a long way to enable the police to conduct their due diligence to pursue the truth for possible prosecution and salvation of the two communities.

The Duamenefa Foundation of Fafaa FM is a non-profit organization with over 16,678 registered and certified volunteers of diverse backgrounds scattered across the length and breadth of our nation Ghana (still registering volunteers).

Their mandate is to collaborate with lawful state institutions to investigate and intervene to rescue the vulnerable whose human rights are being trampled upon through manipulation and orchestration of diabolical methods.

Watch out for further development………..