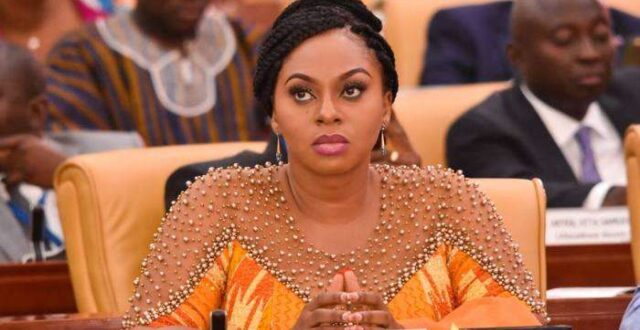 While political speculations have been rife concerning the reasons why the Dome-Kwabenya Member of Parliament, Adwoa Safo, has been absent from Parliament for an extended period of time, the Minority Chief Whip says her chief reason has got to do with her children.

Speaking on JoyNews’ PM Express, Muntaka Mubarak revealed that Adwoa Safo’s children are at risk of being separated from their mother by the American Social Welfare Department.

“She’s talking about her children and if she’s not careful Social Welfare in America will seize these children. We cannot pretend to say that that’s not a serious thing. We can’t,” he said.

According to him, even though he understands the need for truant Members of Parliament to be sent to the Privileges Committee, he believes the case of Adwoa Safo is one of unfair treatment.

“Is she overstretching this? I know because of the numbers and the difficulty we find ourselves – this has never been an issue. Evans, I’m one who has constantly raised on the floor of Parliament about absenteeism from Parliament.

“You remember before the 2020 elections when…it’s not important, don’t add constituencies because the 275 that you have, I can’t even put my hand on a good 100 that are even doing the work. I’ve said all these things before, so I’m not just defending unnecessarily,” he said.

Her intends to challenge the Speaker’s motion to refer Adwoa Safo and two other MPs to the Privileges Committee suo moto.

According to the Minority Chief Whip, the Speaker did not go through due process.