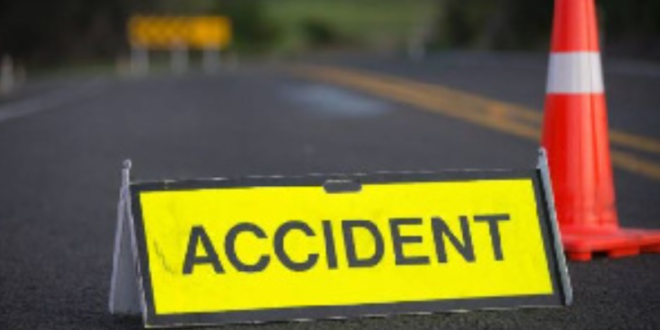 6-Month old baby, 8 others die in crash on Accra-Kumasi highway

Nine persons have been confirmed dead after a Sprinter Benz bus they were traveling on got involved in an accident on the Apedwa stretch of the Accra-Kumasi highway on Saturday, August 21, 2021.

The nine who lost their lives were 5 females and three males, including a 6-month-old baby.

The driver of the sprinter bus with registration number GT-7394- 14, who is yet to be identified according to the police, was heading towards Accra from Nkawkaw.

The driver, in an attempt to avoid the traffic on the Apedwa Pig farm junction overtook the cars ahead of him.

He crashed into a DAF trailer truck with registration number 2459-T1-03, killing the nine on the spot.

The Eastern Regional Police Public Relations Officer, DSP Ebenezer Tetteh, who spoke to Citi News indicated that “the other victims who sustained severe injuries are receiving treatment at the Suhum and Kibi Government hospitals.”

He called on drivers who ply major highways to observe basic road traffic regulations at all times.

“I urge drivers to be extra cautious when using the roads. Let’s be responsible at all times. Due to the recklessness of one driver, an innocent 6-month-old baby has been lost.”

This adds to the numerous accidents that have occurred already this year, and taken many lives, while leaving several others injured.

Road crashes have killed more than 1,000 people in the country from January to April 2021.

This was disclosed by Mrs. May Obiri Yeboah, the Director-General of the National Road Safety Authority (NRSA) on Thursday, May 20, 2021.

She said last year, 2,500 people died from road crashes, adding that the figure is the highest since 1991.