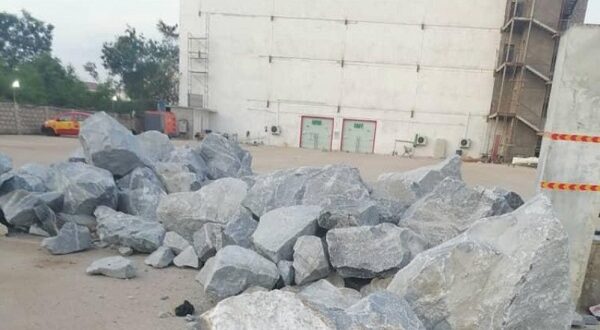 James Mensah, the Facility Manager of West Hills Mall and Samuel Annum Adjei, a contractor, who were arrested by the Police at the weekend for blocking the entrance of China Mall with rocks have been charged in court.

The accused persons have been charged with the offenses of conspiracy to commit crime, being on a premises for unlawful purposes, offensive conduct conducive for the breach of the peace and trespass.

They were arraigned on Monday, November 1, 2021 at the Weija Magistrate Court for allegedly dumping rocks to block the entrance of the China Mall at Weija.

They have both pleaded not guilty to the charges and have been granted bail to reappear on a later date.

The case was presided over by Her Worship, Mrs. Ruby Ntitri-Opoku, who ordered for the immediate removal of the dumped rocks from the entrance of the China Mall.