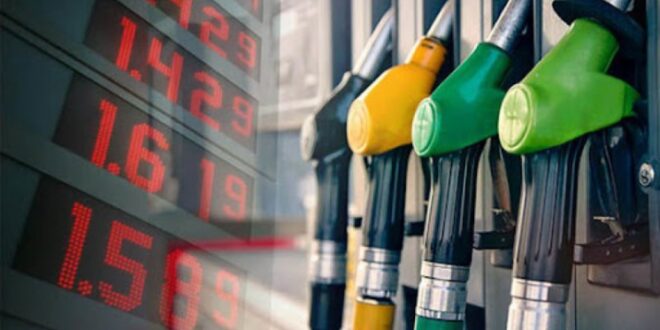 Early this week, news broke that from Wednesday, the price of fuel at the pumps would be revised upwards.

Consumers are expected to pay at most GH¢11 per litre. As anticipated, some filling stations have increased the price of fuel.

Joy Business’ George Wiafe has confirmed that the new prices took effect from 6:00pm on Wednesday.

Some Ghanaians on social media have expressed worry and are commiserating with vehicle owners.

The Bulk Oil Distributors has blamed the situation on the volatility on the market as well as the rising cost of crude on the international market.

According to the Chief Executive, Senyo Hosi, the cedi which is depreciating in relation to other major trading currencies is also a cause of the rise in the price of the commodities.

The Chamber of Petroleum Consumers Ghana (COPEC) and other energy think tanks have predicted more hikes in the coming weeks.

Meanwhile, the Ghana Private Road Transport Union (GPRTU) has announced that commuters should expect an increment in transport fares.

According to the Head of the Union’s Communications, Abass Imoro, the decision is necessitated by the sharp surge in the price of fuel at the pumps.

“When we came out with this current adjustment, fuel price was at GH₵7.990 [per liter], so we are waiting for the 10 percent ratio, so if it crosses to the GH₵8.8 [per litre], we will come out with a new price. That is the only way we can sustain our transport industry,” he told Kwetey Nartey.

Mr. Imoro in an interview on JoyNews noted that the executives are deliberating on the percentage of adjustment to be made to the existing fares.