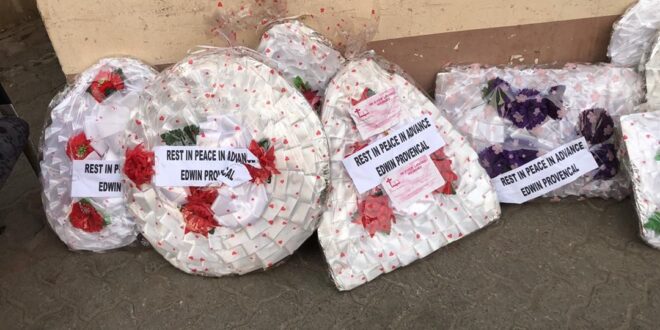 Fear gripped workers of the Bulk Oil Storage and Transportation (BOST) after they were welcomed to work on Monday by wreaths laid at the entrance of the head office bearing the name of the Chief Executive Officer, Mr Edwin Provencal.

The mostly white and red coloured wreaths were laid by a group of unidentified persons at dawn with inscriptions, some of which read “RIP Mr Edwin Provencal”, “Rest well” among others.

It is not immediately clear what the intentions of the perpetrators are but Mr Provencal in an interview with Graphic Online described the development as strange but not unexpected.

“Lately, transport owners’ activities on the adulteration and tampering of seals which is curbed by BOST and the National Petroleum Authority (NPA) has made us targets”, he said.

Mr Provencal also noted that the action meant to stop the rot in the system to restore the image of the company and allow the government to rake in the needed revenues could be a factor which is allowing leading transporters who seem disgruntled about the Accra-Kumasi pipeline taking away their business.

He said the fully operational marine assets transporting fuel to the northern part of the country could also be taking business away from transporter owners hence the suspected attack.

“I am not surprised because it could also be because some disgruntled staff are worried about the introduction of rigorous performance management systems to drive performance”, he said. 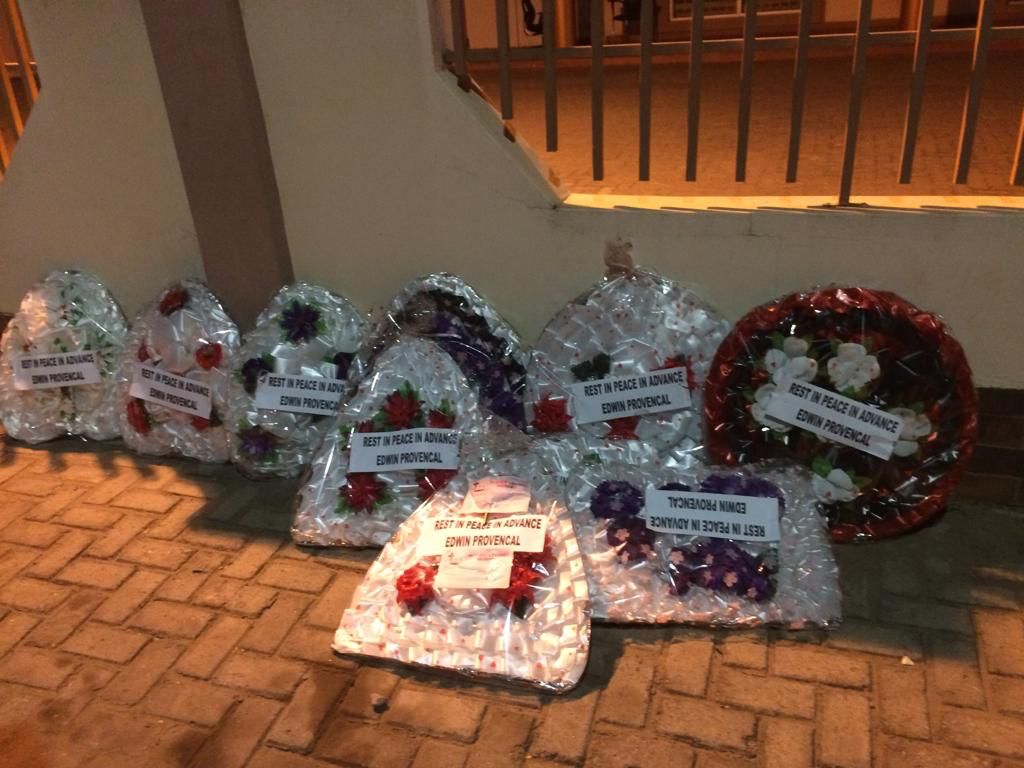