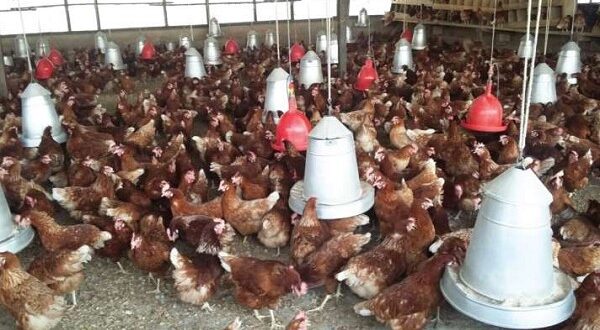 The Avian influenza H5 subtype has been confirmed in a poultry farm in Community 11 of the Tema Metropolis.

Confirming the case to Journalists in Tema on Tuesday, January 4, 2022, the Veterinary Officer in charge of Tema; Dr Emmanuel Kwao Pecku, stated that following the outbreak of avian influenza, Veterinary Officers moved to the farm to depopulate the birds to prevent further spread as quickly as possible.

Dr Pecku said he received a call from a farmer in Tema Community 11 who reported mortality in the birds adding that the history was sudden deaths.

He said as part of the protocols the team rushed to the location and where samples were taken and laboratory tests were conducted and results showed that the birds were infected with avian influenza.

According to him, following the detection of the virus, an urgent stakeholder meeting was held with relevant stakeholders including the Health Officials, Metropolitan Environmental Health Officers, and the Metropolitan Chief Executive to inform them of the outbreak and devise strategies to curb the spread within the metropolis.

Dr Pecku added that Veterinary Officers and other stakeholders moved into the farm, which has 300 birds (layers) out of which 50 had already died and started depopulating the birds.

He said apart from the proper disposal of the dead birds, officers also destroyed eggs, feeds, and also disinfected the farm.

He said the farmer was also screened in collaboration with the Municipal Health Directorate to prevent any case of transfer of the disease from the birds to humans since the virus was zoonotic in nature.

He allayed the fears of the public in the metropolis and advised that poultry products and eggs should be properly cooked before consumption since proper handling and cooking provide protection against avian influenza and other viruses and bacteria.

The Tema Metropolitan Chief Executive, Yohane Amarh Ashitey said Mr Yohanne said veterinary staff and the environmental health officers have intensified active and passive surveillance following the outbreak and assured the public that all the necessary measures have been taken to ensure their safety hence there was no need to panic.

He said the virus is sensitive to heat; recommending thorough cooking of poultry meat and eggs as further safety assurance.

The recent outbreak in the Tema Metropolis follows a similar one recorded in neighbouring Tema West and Kpone Katamanso Municipalities last year.

In August 2021, bird flu killed some 6,046 poultry birds in Tema West Municipality. In October of 2021, another outbreak was reported in the Kpone Katamanso where the disease was confirmed on a farm at Saki, a community in Kpone Katamanso

However, Dr Pecku advised owners of farms to use the services of Veterinarians and Environmental Health Personnel to assist them in their farms to prevent the outbreak of the flu.

He advised the farmers to enhance feed handling and intensify their bio-security practices to prevent such outbreaks.