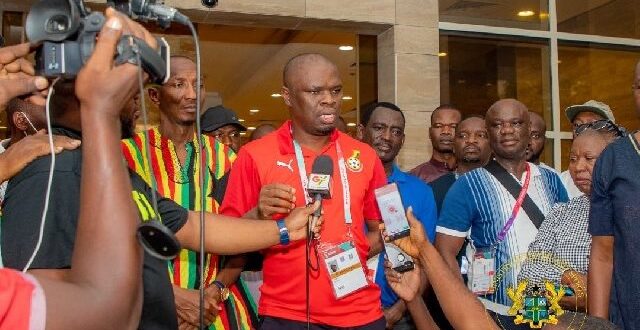 The Minister for Youth and Sports, Mustapha Ussif has confirmed that some Ghanaian football fans in Qatar have been arrested and processed for court for selling world cup match tickets.

The Minister made this known in Doha, during a visit to the Ghanaian contingent, who are in Qatar to support the Black stars.

In his address, Mustapha Ussif appealed to the supporters to desist from selling the match tickets they have toiled to secure for them.

“The police and the security agencies are always at the stadiums, monitoring things. We have toiled to get you tickets, we don’t want any of you to go out and sell them.

“So far the authorities have arrested some people and are taking them to court, they have sent the evidence to the Ambassador. We don’t want anybody to fall into this,” the Minister warned.

The Black Stars of Ghana currently occupy the second position in Group H after losing to Portugal in their opening game and beating South Korea in the second group on Monday.

The Black Stars play their final game on Friday, with Uruguay needing at least a draw to qualify for the next stage of the competition.