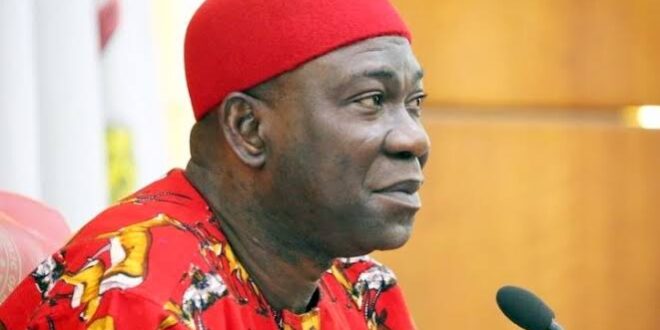 The British judge hearing the case relating to Nigerian senator Ike Ekweremadu and his wife, Beatrice, has accepted that the complainant is not a child as previously reported.

The two appeared in a court in London on Thursday.

Both are accused of conspiring to bring a person to the UK for organ donation.

Prosecutors allege the couple planned to have his kidney removed so it could be given to their daughter.

It is alleged the Ekweremadus treated him as a slave before he escaped and went to a police station.

Initially, the Metropolitan Police had said that person was a child.

The defendants walked into the dock at Westminster Magistrates Court and spoke only to confirm their names, dates of birth and address.

The couple were not asked to enter pleas, but the court heard they have indicated not guilty pleas.

They deny there was a criminal conspiracy, and will say no exploitation occurred, it was said.

Mrs Ekweremadu, 56, was dressed in a black and white shirt with a dark jacket on top.

A prison guard was seated between the husband and wife.

The public gallery was packed with supporters, representatives from the Nigerian high commission and family members.

The police became aware of the case on 5 May when the complainant arrived at a police station.

The 20-minute hearing was presided over by Deputy Senior District Judge Tan Ikram, who sent the case to a higher court to be heard on 4 August. The senator and his wife will remain in custody.