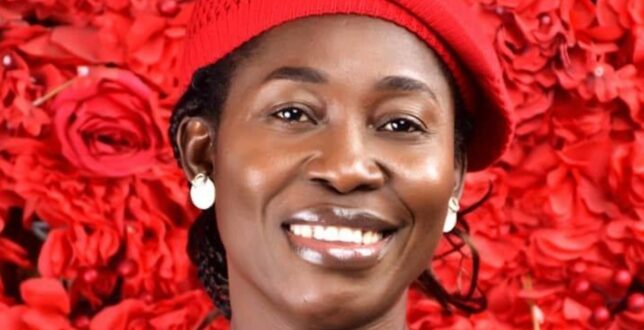 In an interview on NTA Television programme in Abuja, on Wednesday, the Minister stated that the truth came to light when she and her directors visited the children and the late singer’s husband.

According to Dame Pauline Tallen, Peter Nwachukwu had threatened his children not to whisper a word about the domestic violence happening in their home.

As a result, the Women Affairs Minister said the children were hesitant to tell her about the abuse and needed a little persuasion.

“When I came into the compound, I saw the children, four beautiful children; three boys, one girl. He (Peter) had told the children that they should not speak about the things that have been happening in the house. When I was asking questions, I saw that the children were not forthcoming. I excused everyone and said I wanted to have a one-on-one with the children.”

Mrs. Pauline Tallen added that she explained to him that Nigerians, including the President were all mourning his mother and were concerned about her death.

The Minister noted that the children revealed that their mother was not the only person getting abused in their home.

“He said that their dad used to beat their mom and their mom was always sad. He would beat her and flog her. He said their father would gather them in the room and be beating them.”

The Minister said the kids revealed that anytime the late Osinachi came to their rescue when they were at the receiving end of Mr Nwachukwu’s wrath, “he would beat her up and that has always been the case.”

Gospel singer Osinachi Nwachukwu passed away on Friday, April 8, at a hospital in Abuja.

Following her death, there were reports that she had died of cancer, however, her family quickly went on record to dismiss the claims.

In an interview with Vanguard Nigeria at the time, the elder sister of the late singer said, Osinachi died as a result of a cluster of blood in her chest after she was kicked in that region by her husband, Mr. Peter Nwachukwu.

However, the husband of the late gospel singer denied having a hand in her death during police investigations.

Mr. Nwachukwu told the Police that his wife had been unwell since November 2021.

He claimed they had been moving from one hospital to another since she fell ill, only to pass away at the national hospital over the weekend.

Meanwhile, Women Affairs Minister says despite his mother’s fame and stream of income from her Gospel ministries she was dependent on her husband financially.

She said per the late singer’s son’s account, this is because all the income went to her husband’s account and he decided how much money to give her as and when he liked, she explained.

The Minister said, “I was battling with tears when he finished.”