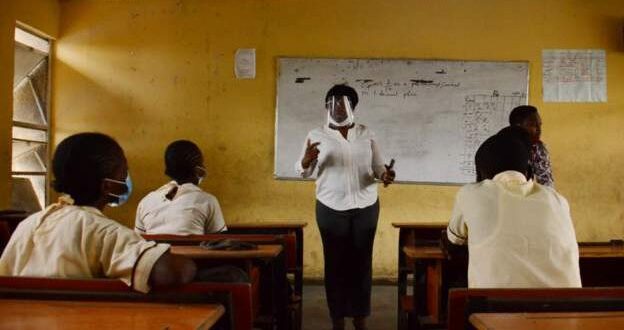 The Nigerian government has announced a policy aimed at promoting the teaching of primary school pupils in local languages rather than in English.

Education Minister Adamu Adamu told journalists on Wednesday that the new framework known as the National Language Policy had been approved for implementation.

It stipulates that instruction for the first six years in primary schools will be in the mother tongue.

English is Nigeria’s official language and all learning institutions use it as the common language of teaching and learning.

But local languages will now take the centre stage, with the education minister saying “pupils learn much better” when they are taught in their own mother tongue.

He acknowledged that implementing the new policy would be challenging because it would “require a lot of work to develop materials to teach and get the teachers”.

Another challenge is the number of languages spoken in Nigeria – more than 600.

It’s not immediately clear when the government will start implementing the new system.

The Nigerian authorities suggest they will first provide teaching materials and teachers for the local languages before the implementation in earnest.