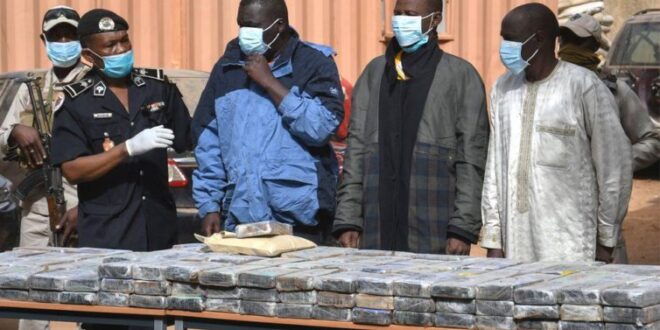 Police in Niger have seized their biggest-ever haul of cocaine – from the mayor of a town in a remote desert region, officials are quoted by AFP news agency as saying.

The mayor of Fachi and his driver were arrested as they were travelling towards the border with Libya in a state-owned vehicle allegedly packed with 214kg (471 pounds) of cocaine.

The drugs, and two detained men, were shown to the media following the operation on Sunday.

She added that the cocaine’s final destination was Europe, where its street value was estimated to be more than $19m (£14m).

Fachi is an oasis in the heart of the Tenere desert, more than 1,600km (1,000 miles) from the capital Niamey. Its economy revolves around trading in dates and salt.