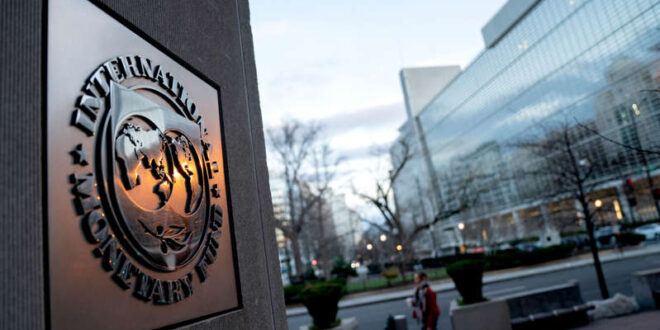 The International Monetary Fund has said Nigeria’s external reserves could fall to $29.1bn by 2024 on the back of lower oil prices, restricted Eurobond market access, and higher capital outflows.

The IMF disclosed this in its ‘Nigeria Staff Report for the 2021 Article IV Consultation’ report.

According to the report, the country’s external position is weaker as external buffers are limited.

“A downside scenario assuming lower oil prices, restricted Eurobond market access, and higher capital outflows could drop reserves to $29.1bn in 2024 with repayments to the Fund rising to 3.7 per cent of exports, 6.3 per cent of reserves, and 7.9 per cent of external debt service.”

According to the report, the gaps in information on FX swaps pose a risk to this assessment, although the authorities assess these swaps to be negligible.

It said, “Nigeria’s external position is assessed to be weaker than warranted by fundamentals. External buffers are limited, with FX reserves projected to remain below 100 percent of the IMF’s ARA metric in the medium term.

“Given still significant naira asset holdings of FPIs, estimated at $16.9bn as of September 2021, Nigeria remains vulnerable to capital outflow pressures notwithstanding the authorities’ steady clearing of FX payments backlogs to FPIs.

“Further drains on FX reserves could come from existing FX swap arrangements for which details were not available.”

The IMF said to boost its external position, Nigeria must establish a unified and market-clearing exchange rate, together with policy clarity.

It added that to preserve competitiveness, any exchange rate adjustment should be accompanied by clear communications regarding exchange rate policy.

It stressed the need for macroeconomic policies to contain inflation and structural policies to facilitate new investments in the country.

According to figures obtained from the Central Bank of Nigeria, the nation’s external reserves stood at $39.69bn as at February 9, 2022.

The Central Bank of Nigeria said on Friday that it would stop the sale of foreign exchange to Deposit Money Banks by the end of the year as a means to boost the nation’s foreign reserves through proceeds from non-oil exports.

The CBN Governor, Godwin Emefiele, said banks must begin to source their forex from export proceeds, hence the need to support non-oil exporters in the country.

He had said, “The banks don’t have a choice and I said so this morning in the meeting, I said the era where because a bank needs $100m foreign exchange or $200m, they will bring the request to the CBN to fulfil, is coming to an end.

“Before or latest by the end of this year, (DMBs) will not come to the CBN for foreign exchange again. They should go and generate their export proceeds, fund people who want to generate non-oil export proceeds, when the proceeds come we will fund them at five per cent for you, the proceeds will earn rebates, that is how we can help you.”