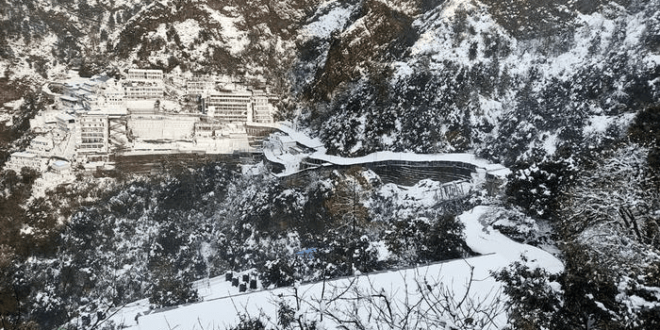 At least 12 killed in stampede at religious shrine in India

Authorities say more than a dozen people were injured and subsequently hospitalized. An investigation has been launched into the cause of the stampede.

At least 12 people died and more than a dozen were injured in a stampede at a Hindu shrine in Indian-administered Jammu and Kashmir on Saturday.

“Twelve pilgrims died and 14 were injured in a stampede in the early morning today at Mata Vaishno Devi shrine,” senior police officer Mukesh Singh told Reuters news agency. All the injured have been taken to a hospital.

“Extremely saddened by the loss of lives due to a stampede at Mata Vaishno Devi Bhawan,” said Prime Minister Narendra Modi on Twitter.

Extremely saddened by the loss of lives due to a stampede at Mata Vaishno Devi Bhawan. Condolences to the bereaved families. May the injured recover soon. Spoke to JK LG Shri @manojsinha_ Ji, Ministers Shri @DrJitendraSingh Ji, @nityanandraibjp Ji and took stock of the situation.

What caused the stampede

A huge crowd of devotees who had come to mark the beginning of the new year entered the shrine, popular among religious devotees. An investigation has been ordered into what caused the stampede.

“Something happened near one of the gates and I found myself under a crush of people. I suffocated and fell but somehow managed to stand up. I saw people moving over the bodies. It was a horrifying sight, but I managed to help in rescuing some injured people,” Mahesh, a devotee present at the location, told the AP news agency.

Thousands visit the shrine every year, which is in the town of Katra near southern Jammu city. Pilgrims often trek on foot to reach the top of the hill.

Stampedes are common at religious festivals in India, as crowds of thousands gather in limited spaces with little crowd control.

A stampede in the state of Madhya Pradesh killed around 115 in 2013. Another stampede at a religious festival killed more than 100 people.