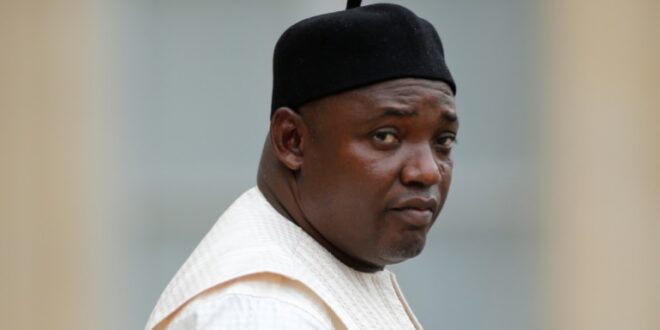 Adama Barrow re-elected as President of The Gambia

Mr Darboe and other candidates earlier said they could not accept the results of the poll.

The vote is being seen as a test for democracy in The Gambia.

In the last election, Mr Barrow defeated Yahya Jammeh, who was forced into exile after refusing to accept the result.

Mr Jammeh’s 22-year rule was marked by allegations of abuse, with witnesses recently telling a truth commission about state-backed execution squads and Aids patients being forced to take bogus cures.

Despite his exile in Equatorial Guinea, Mr Jammeh remains an influential figure, addressing supporters remotely during campaigning and urging them not to vote for Mr Barrow, even though a faction of his party had agreed a controversial deal to work with the current president.
Mr Barrow is a successful property developer who once worked as a security guard in London. He sprung a major surprise in defeating Mr Jammeh during the last vote in 2017.

As news emerged of Mr Barrow’s win, his supporters started celebrating in the streets, while supporters of his closest rival, Mr Darboe, gathered at his house. 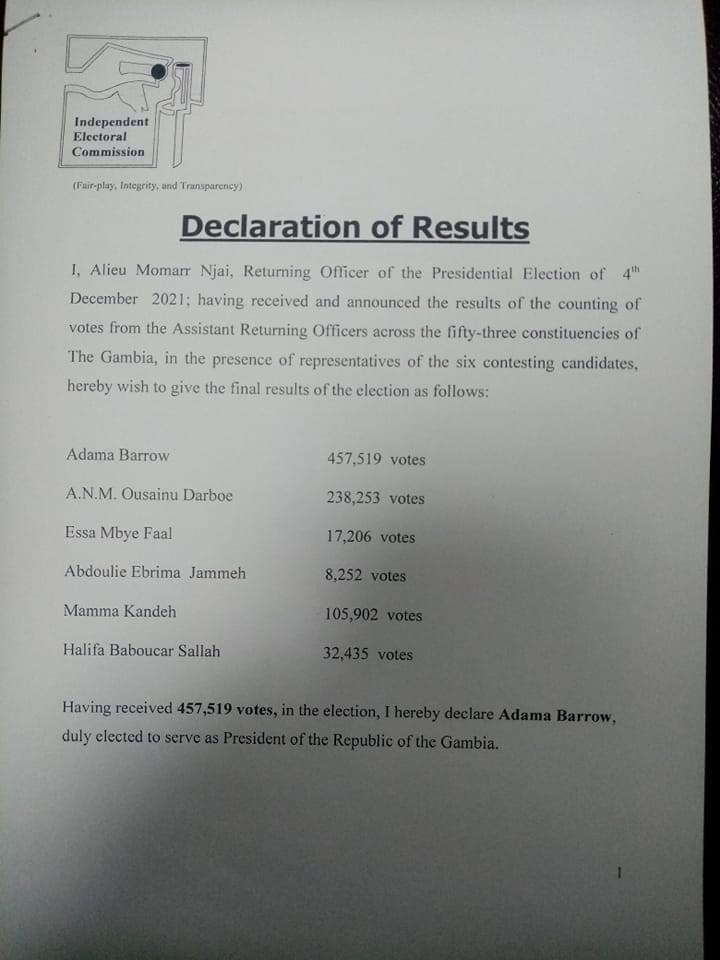 Addressing supporters during a victory speech in the capital Banjul, Mr Barrow called for unity between the country’s political factions.

“I call on all Gambians, irrespective of your political divide, to put aside our political and other differences and come together as one people to work towards the development of our country,” he said.

Mr Darboe and two other candidates – Mama Kandeh and Essa Mbye Faal – issued a joint statement before the final result was declared, questioning the figures.

They said they were concerned at delays and that their party agents had raised a number of issues.

Illiteracy is high in The Gambia so a unique voting system involving marbles is used.

On arrival at a polling station, and after their ID has been verified, a voter will be directed to a series of drums painted in the party colours of the different candidates. Voters then slot their marbles into the drum of their choice.

The Gambia is one of Africa’s smallest countries and the 2.4m nation is among the poorest in the world. Its economy depends heavily on tourism but it has been hit by coronavirus.