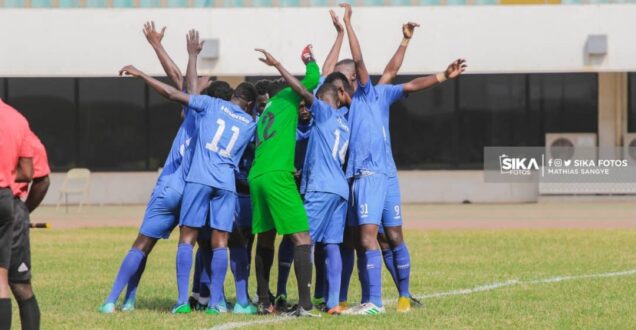 Real Tamale United (RTU) gained promotion to the Ghana Premier League next season after beating Unity FC 2-0 on the final day of the Division One Zone One League.

RTU needed to win and hope that other results to go their way as Berekum Arsenals held Bofoakwa Tano to a goalless draw. RTU had a better head-to-head than Bofoakwa Tano since they drew 2-2 in Sunyani and won 2-0 in Tamale.

After an 8-year absence, Real Tamale United have been promoted to the Ghana Premier League.

Back in the big league 💫 pic.twitter.com/P03rlLdBDz

As a result, RTU gained promotion to the Premier League despite both teams being on 65 points.

The Pride of North last competed in top flight football in 2013. Their relegation that year was a mixed bag of poor performances and financial issues.

They join Bibiani Gold Stars and Accra Lions as the three teams to be promoted to the Premier League next season.

The trio replace Inter Allies, Liberty Professionals and Ebusua Dwarfs who sink to the Division One League.